Koei have today revealed two new characters from the upcoming Dynasty Warriors 8. Both have been a part of the series since Dynasty Warriors 2, but this is the first time they’ve had specific character models and move sets, an important step forward considering their roles within Romance of the Three Kingdoms.

Lu Su, the gentleman in the hat from the picture below, was a tactician for Wu, who ended up as Commander-in-Chief after Zhou Yu died. Han Dang was a talented and loyal general who fought under Wu through the Yellow Scarf Rebellion and through the Dong Zhuo coup. Although a competent part of the Wu army, he was perhaps a little less interesting than the likes of Lu Meng and Gan Ning.

Dynasty Warriors 8 is making its way westward in July. There are 77 characters to choose from in the game, including returning favourites like Guan Yu and Lu Bu. 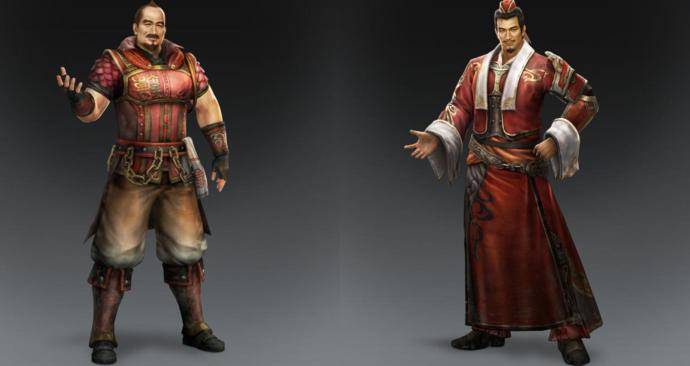