Injustice: Gods Among Us Demo This Week For EU

Warner Brothers have confirmed that they’re releasing a demo for the long-awaited Injustice: Gods Among Us in EU territories and that it’ll be available to download from both the 360 and PlayStation 3 on April 3rd. US fans were told last week that a demo would be available. With Batman, Wonder Woman and Lex Luthor to choose from, you’ll get to see many of the game’s different features ahead of its mid-April release date. There’s no word of a demo for the Wii U yet, but I guess it’s fair to presume it won’t be out until release week at the earliest.

Injustice: Gods Among Us is the DC fighting game many have been waiting for, allowing you to battle it out between some of the absolute biggest characters in comic book history. From the people who made the excellent Mortal Kombat 9, it’s sure to make a big splash with fighting fans, if nobody else.

The game releases across current gen consoles and Wii U on April 19th. 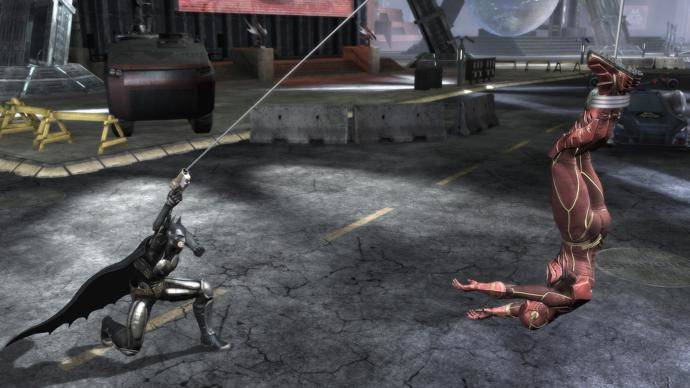