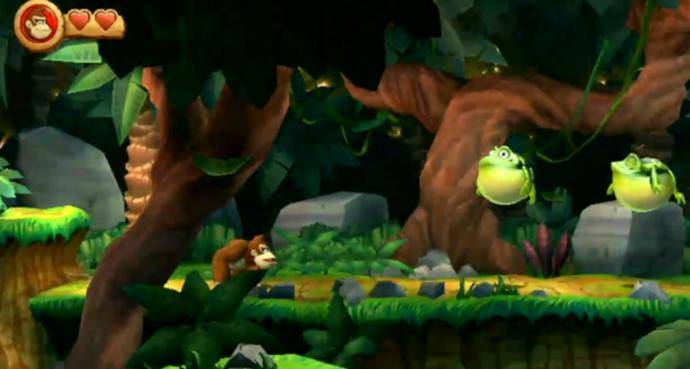 The original Donkey Kong Country Returns for the Wii ran at a smooth 60FPS, an impressive feat considering the hardware and just how good that game looked. The 3DS port, coming next month, is instead locked at 30FPS. This isn’t a good thing, but considering that the graphics still look great and that there’s plenty happening on screen at any given time, it’s hard to complain too much.

It’s a compromise, and a compromise that I think most people will quite happily put up with if it means getting a version of the game which can be played on the go, and which can be controlled without the need of a Wii remote.

Most people probably won’t notice the difference unless the games are placed side-by-side, so it’s completely understandable why this would be. That they’ve managed to lock it at 30FPS regardless of whether you play in 3D or not  is, again, quite impressive.

This was confirmed by Nintendomination in the Youtube comments of his latest video. Check out the video below.