In the middle of 2012, LucasArts registered a domain for Star Wars: First Assault – it was around the same time they registered 1313. We found out a little more about First Assault in October, when a picture leaked from XBLA and someone close to the project gave a few details. First Assault was a multiplayer shooter that would lay the foundation for a possible Battlefront III. It has now been put on indefinite hold.

Set across a variety of worlds, the 16-player online FPS would have given the “higher-ups” at LucasArts a glimpse at whether a return to the Battlefront series could have been successful. While it was never officially announced, plenty of people saw the opportunity for Alliance Vs Empire deathmatches and went a little wild. That’s not to say that it’ll never come, nor that Battlefront III is now effectively (re-)cancelled. Rather that we’ll be waiting a little longer than we first expected.

Kotaku first broke the story, including a couple of screenshots as well. The game’s looking pretty good, although, according to the original story, developers have been working on it for some months now without actually knowing whether it’ll ever see the light of day. That has to be an uncomfortable situation to say the least. 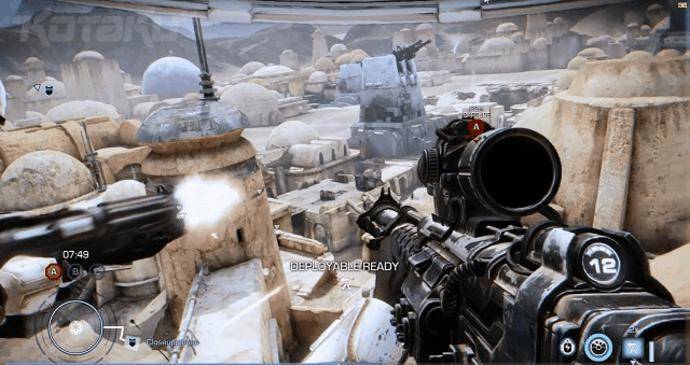