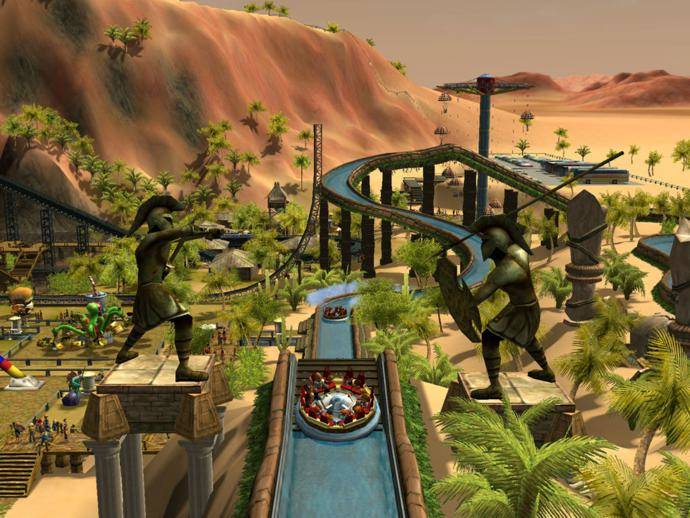 Roller Coaster Tycoon 4 is a Go!

It has just been a little less then ten years since the latest RollerCoaster Tycoon launched, and almost fifteen years since the launch of the original classic.  And this spring, a new game in the franchise is heading to iPod Touch, iPhone, and iPad.  According to Touch Arcade, the game will retail for 2.99 USD and will include 20 pre-built coasters, while also allowing players to share their coaster designs in an online community.

It is probably too early for any impressions since there is only one short trailer available.  From the trailer, it appears as if the game will resemble RollerCoaster Tycoon 1 and 2, rather than the 2004 Roller Coaster Tycoon 3.  The only perceivable problem is how this game will translate to a touch screen.  RollerCoaster Tycoon is known for its deep customization of paths, terrain, and rides; there are numerous on screen buttons and menus to facilitate this type of customization.  It will be interesting to see how this problem is tackled on a smaller screen.  Menu navigation will definitely need to be streamlined to avoid a ‘busy’ screen; hopefully, the navigation problems that plagued the PC port of Chris Sawyers Transportation Tycoon on iOS last year will not be present here.

If even a fraction of the game tickles the nostalgic itch in my body, it will be a 2.99 well spent.