With the almost unthinkable announcement that David Hayter would not be returning for Metal Gear Solid V: The Phantom Pain, many people have taken to trying to explain why that might be. Perhaps Richard Doyle is coming in, now that Big Boss is getting older? Maybe a young Solid Snake is appearing, voiced by the only guy we thought could play the character? All are possible, if a little unfounded.

The theories don’t hold much water when you realize Akio Ōtsuka – the Japanese voice for Solid Snake, Solidus Snake and Big Boss – will be making a return for Phantom Pain. He did the voice in the Ground Zeroes trailer, and considering we now know it’s a single game, it’s safe to presume he plays the character throughout.

What does this mean for Hayter? It’s a really odd thing for him just to be cast aside, but we have to remember that Raiden actor Quentin Flynn hadn’t been asked to be involved in Rising until way after its initial reveal. I’m sure there’s a reasoning here, something beyond “Big Boss is getting old,” but those of you expecting some big twist that enables the return of the real Solid Snake (the English one, at least) are likely to be disappointed. 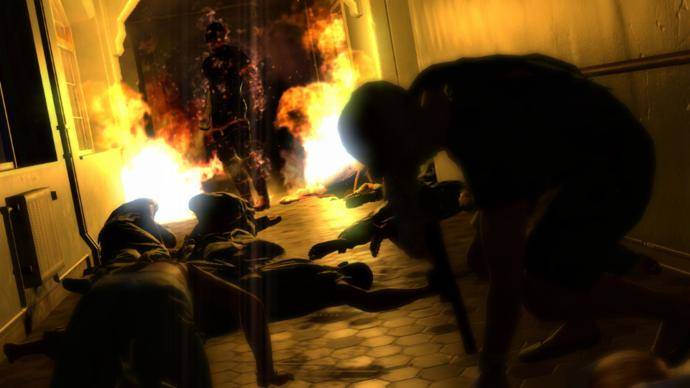