Bluepoint is an Odd Sony Purchase

In a way Bluepoint makes perfect sense as a Sony purchase. But beyond the surface, it brings up questions about just where the studio will go from here.

Best know for remakes and remasters, Bluepoint doesn’t really have an identity of its own. The work it does is incredible – the Metal Gear Solid Collection on Xbox Series X is the only way to play. The Demon’s Souls and Shadow of the Colossus games were perfect.

And, indeed, they have mostly worked for Sony this last generation or so. Being purchased won’t change who they work for massively, but it will change how they worK. The details of that are yet to be seen.

Bluepoint: Remastering the Past

When the PS3 stopped playing PS2 games, executives starting rubbing their hands together. What if you could take all those great games of yesteryear and sell them again as part of HD collections. Up the resolution to 720p, chuck a couple of games on a disc and go crazy. 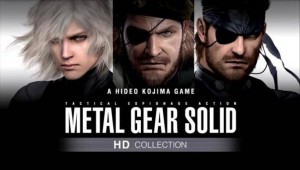 Bluepoint were at the forefront of that movement, creating excellent collections and bringing to life the now inaccessible previous generation.

When the PS4 didn’t have backwards compatibility, the trend continued and so did Bluepoint, The Uncharted Collection and Gravity Rush Remastered showed some of the best Sony games in a new light.

Shadow of the Colossus, then, was a change of direction. It was a remake rather than a remaster, but one that was accurate to the original. Same with Demon’s Souls – a PS3 game disguised as the most stunning of current-gen launch titles.

The company has proven time and time again that it has the chops to reimagine the work of others. They have shown they have utmost respect for the IPs that they’re working on.

But what could that mean for their work going forward?

Sony has no end of titles ready for a remaster or remake. There are games going back to the PS1 era that deserve a little bit of TLC. And that’s not to mention the Silent Hill and Metal Gear Solid rumours that just refuse to die – although I rather wish they would.

And there’s most certainly a benefit to having the foremost remake/remaster studio under your belt. Does Activision want to remake the Spidey movie games? “Well hey, we have a company that’ll do that, and while we’re on the subject of exclusivity…”

But Bluepoint deserve more than just endlessly exploring that past, and that’s what makes this an odd purchase. Yes, it makes sense. They have worked with Sony regularly, they are good at what they do and this gives them the IP and money to focus on their skills. Sony, too, benefit, by having a talented team of developers ready to revive popular but shelved characters and locations.

But what is Bluepoint? When all the viable IP are revived, when all the possible deals are made, who are they and what will they try to accomplish? For all the sense it makes in the short term, there are questions about the long term.

As always in these situations, it’ll be exciting to see what comes next. But what’ll be really interesting is to see how Bluepoint becomes its own studio – especially if under the influence of Sony.