The Rare of today is still one of the best in the biz, and Sea of Thieves proves they can still push great graphics and great gameplay. Unfortunately, that’s not yet been widely acknowledged.

Let me be more specific. Sea of Thieves is hugely successful and becoming even more so. It’s the most played Rare game of all time and, even this last weekend, topped the Steam charts yet again. If that is wide acknowledgment, wide acknowledgment has been achieved.

But despite that, there’s still a stigma attached to the Rare of 2021. Gamers across the internet will scrunch up their noses, speaking of Sea of Thieves in the same breath as Kinect Sports (another successful game), and dreaming back to the wonder years of Perfect Dark and Conker.

Those guys are missing out, and that’s fine. Not everybody has to play everything. I just wish they’d stop attacking this company’s reputation while they do it.

When you actually look at the list of games released by Rare for Microsoft, it becomes painfully clear where all this negativity comes from. And no, it’s not the games. Sea of Thieves is not the problem. 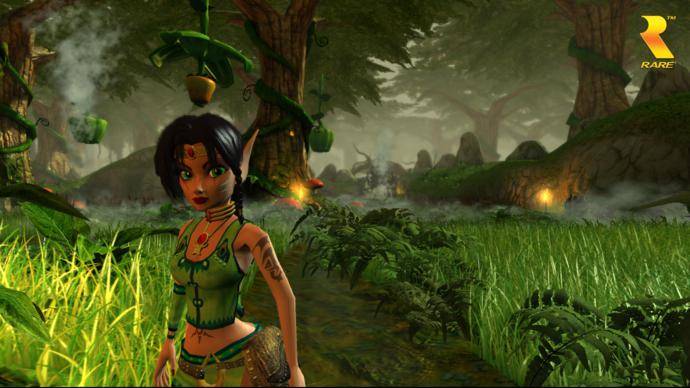 Kameo was a great game, and Viva Pinata and Banjo Kazooie: Nuts and Bolts get a lot more love today than they used to. They then made two Kinect Sports titles and their reputation bombed among the hardcore. That’s bizarre enough as it is, but the fact they soon “bounced back” with work on Killer Instinct, then the wonderful value of Rare Replay, should tell you it wasn’t necessarily about the games.

Instead, the complaints boil down to them making Goldeneye in 1997, and not making Goldeneye in 2021. If they could just basically perfect a genre again, maybe they’d stop being trashed by people who don’t play their games anyway. Stop making the games you want, Rare, and make something else instead.

Which brings me to Sea of Thieves. It’s genuinely fun, genuinely exciting and it genuinely feels new. Is that not enough?

Welcome to the Sea of Thieves

I’d held off Sea of Thieves for probably the same reason a lot of people do. It’s online, there’s no real story, no couch co-op… Those dirty words ‘Live Service’ popped up a little too often, too.

But, armed with a nice computer, a Series X and Game Pass, the couch co-op became a non-issue. My wife and I could play together with no extra effort involved. We could make our own stories from the deceptively simple gameplay loop. We could jump in, play until we get bored and then stop, live service be damned. The Pirates of the Caribbean tie-in was what sealed the deal.

Imagine our surprise when it all turned out to be bloody good. This is exactly the sort of game Rare got famous for – fun, colourful, unique. It’s a sandbox, albeit one with a fairly rigid ruleset. You blink and you’ve put 15 hours into it.

Get a map, sail to the island, locate the treasure, take it back to sell. It sounds like it’d get old quick, but actually it doesn’t. The gameplay loop stretches from almost relaxing as you’re sailing across the ocean, to incredibly stressful when another player appears on the horizon.

There are caveats. I wouldn’t play it alone, for instance. But it’s a little sad how many games end up being trashed because people end up playing them alone. Battletoads suffered the same fate. Some games are just better with multiple people.

There’s also some way to go with the combat. It’s samey, to say the least. A major rehaul could give a much more interesting slant to many elements of the game.

But this isn’t a review. At three years old, Sea of Thieves still feels fresh and original. There’s nothing else like it out there. How many titles can boast that?

It might not be the same Rare that worked on Donkey Kong Country, but it’s still a Rare at the top of their game. And anybody who doesn’t get that just belies their own ignorance.