How do you make old games even more of a good time? Well, for me, you add achievements.

Call me a sucker, but those digital trophies are like crack. On one hand, it’s a good way of making sure you get the absolute most out of your purchases. On the other, it’s a guide to things you might’ve missed in a game you’re loving.

I get they’re not for everybody. Neither is chocolate or music. I don’t get it, but I accept it.

The community at retroachievements.org is bringing that joy to older games too. My New Year’s resolution was not to get addicted to anything else – and yet here we are.

Playing in the Past

There’s something truly special about playing a retro game. Part of it is seeing how far we’ve come, part of it is that warm crackle of olden days jank that you just don’t get any more. Part of it is flat-out nostalgia, although there’s more to it than that.

The addition of community-built achievements just makes that experience even better.

Yes, that means playing Pokemon Red and Blue with achievements. It means Ocarina of Time/Majora’s Mask in 4K, with online trinkets for completing side missions. Just like on Xbox, PlayStation and Steam, there’s a nice mix of story and extracurricular awards, with a few random ones chucked in.

If you’ve ever wanted an excuse to revisit Bart’s Nightmare, this is that opportunity. Achievements include “Me Fail English? That’s Unpossible!”, for collecting the first piece of homework. Easy enough right? This ranges to “The End”, which rewards you for completing the game with a maximum number of Z’s – no easy task.

I know, I know. Bart’s Nightmare? Did people even enjoy that in the early 90s? The answer is no, but now that it has achievements, you can bet your bottom dollar I’ll be revisiting.

There’s a long list of hundreds of games across multiple platforms, although there are a few notable exceptions. There’s no PS2 or Dreamcast support right now, and nothing for Gamecube or later either. That’s a shame, but hopefully by the time I’m done revisiting some of these games I hated 20 years ago, that will be fixed.

This is another amazing example of the gaming community coming together to fix something woefully underappreciated.

We are now more than 15 years into achievements being a thing, and yet the likes of Nintendo stubbornly refuse to add them in. There will be people who roll their eyes at the suggestion, but options really are the best. I want to earn achievements in Nintendo titles – they’d probably make them a hell of a lot more interesting to me. It’d give me a reason to keep coming back to Mario Kart, it’d give me a reason to rebuy old titles with next to no changes.

I can only speak for myself, of course, but the lack of this feature has resulted in Nintendo getting significantly less money from me than they could have done. A combination of this and a no proper retro support on the Switch means the best they get is an occasional few quid on Smash DLC.

Gamers have looked at this stubbornness, and they’ve filled in the blanks. But they haven’t just stopped at Nintendo’s Greatest Hits. They’ve developed achievements for games that three people and a dog bought back in 1993. There are achievements for fan hacks and homebrew titles. Ultimately, they’ve given us a free option that the big three – and certainly Nintendo – don’t even want to sell us.

That’s one of the things I love about this industry. The fans have real passion. Tomba/Tombi now has a social element, thanks to Retro Achievements. That original godawful South Park FPS has 44 achievements, each of them no doubt a joy to behold.

The Importance of Preservation

This is one of my regular ranting points, but it’s one that is worth repeating. Old games deserve preserving and, more importantly, they deserve playing. Like books and films, they can’t just be left on a shelf under the guise of “protection”. They need to be experienced and enjoyed. 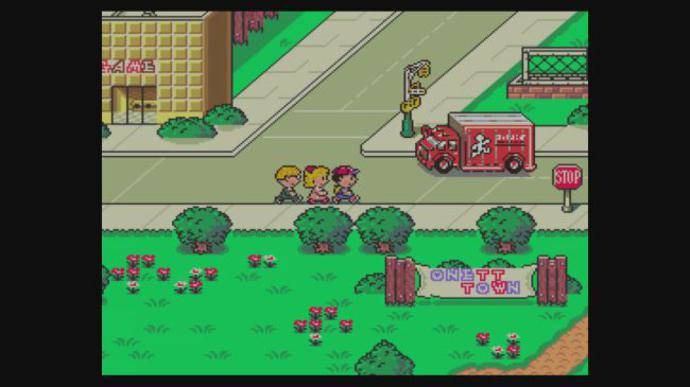 That’s why it’s vital that titles are given improvements and regular re-releases, because it makes it all the more easy to play. Think about it. A new generation is more likely to play Earthbound if it’s easily accessible, if it’s in 4K (or at least 1080p) and if it has modern features such as achievements. That in turn drums up more interest for the franchise, enriches young gamers’ knowledge of a bygone era and everybody is happy.

I’m in the early days of playing around with this tech. Only just got it set up on my Xbox Series X (through the retail version of Retroarch). It’s something I’m going to experiment with more and, hopefully, I’ll be able to share some of my experiences in the coming weeks and months.

I’m a big believer in praise where it’s due, and here it is definitely due. Congrats to everyone at Retro Achievements – you’re doing a bang-up job.