The Rise, Fall, and Rise of Assassins Creed

Ubisoft launched Assassins Creed to much fanfare and hype, and it was generally received very well. It was different, innovative, and had an intriguing storyline. As the franchise progressed, the games began to roll out steadily; of all that stayed the same, only one good thing could be found throughout: the story.

Assassins Creed felt the same as the company released Assassins Creed 2, Brotherhood, and Revelation. The game play became stale, the missions boring, and players only stuck around because they cared about Altair, Ezio, and ultimately Desmond Miles. Assassins Creed 3 struck out into new territory which included allowing players to have their own homestead, and allowing them to traverse the open wilderness found throughout the early American colonies.

Unfortunately, Assassins Creed 3 was a disaster. Things that the franchise had been doing right the entire time were somehow broken, and the Assassins Creed story slowly began to unravel. Even the new features, while interesting, lacked the polish many desired in a triple A game.

Assassins Creed 4 was the savior of the franchise. Had Ubisoft released another dud like 3, we probably would have seen the end of the Assassins Creed franchise. Assassins Creed 4 did everything right, while abandoning the strongest advantage the series had: the story. While their latest title lacked the enthralling plot that the previous games all had, the game play was superb, and was praised by almost every major media news outlet. The lackluster story was almost a non-issue for gamers as they instead embarked up on the seas of the Caribbean as pirate Edward Kenway plundered and pillaged his way to riches. It was so well done, it was in contention for Game of the Year from many outlets. This is high praise for a franchise that was on the brink of internal destruction.

The short demo that was on display during the Microsoft press conference was great. It looked like the same great environment traversal we have come accustomed too. It is still to early to comment on what the story will be like, but setting the game on the eve of the French Revolution opens up a variety of story options. The inclusions of 4 player co-op play could will also change up how the game develops story wise, and how it plays.

Does Assassins Creed Unity look great? Of course it does. It is an Assassins Creed game after all. However, I cannot shake the strange feeling that this is not going to be the game fans want. During the entire demo, I kept reiterating to myself that this looked much more like the early Assassins Creed games. Obviously, we cannot start sailing ships down the street of France. This is not the difference I’m speaking of. It was announced that Unity would have 100’s of quests to complete. As Games Reviews own Mat Growcott pointed out to me, Ubisoft is known for adding a lot of ‘fluff’ to their games to prolong their playability.

AC4 was packed with side missions ranging from naval contracts, to collectible animus pieces, to chests, to assassination contracts. What broke up the monotony of these fetch quests and assassination contracts was the act of sailing to get to them, the random naval battles you could encounter, and the gorgeous islands you could stop at and explore. What has hampered previous Assassins Creed games is the one dimensional playgrounds that Ubisoft gives players. 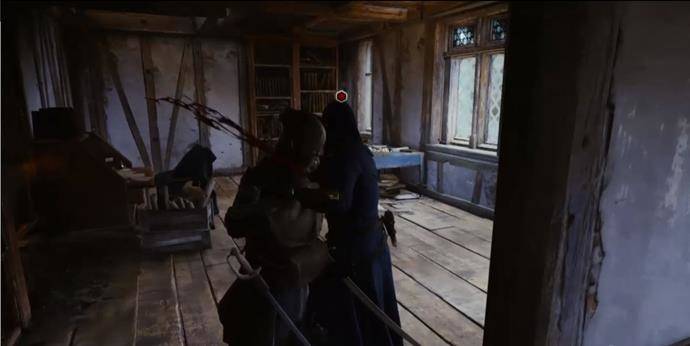 To me, Unity feels like a return to the one dimensional city that we have come to expect. Assassins Creed 4 had the luxury of being set in a varied environmental landscape. My worry is that after I’ve played a few hours of Unity, the cities I visit in France will begin to feel very much the same.

How Ubisoft handles this game will say a lot about where the franchise is going. It is doubtful that they will release another dud like Assassins Creed 3, but I get the feeling fans will no longer accept the mediocrity of the early titles. Hopefully, Ubisoft will answer all my lingering questions and quell my early fears; if not, this may be a game I don’t pick up on day one when it finally is released.

Playstation Announces State of Play for 9/13/22 too

It’s been a WEEK in Gaming

The $5b Sony Lawsuit Explained