Ori and the Blind Forest Review

Ori and the Blind Forest

Ori and the Blind Forest is one of the best games I have ever played…ever. Not only is the audio and visuals outstanding, but the story off the top is really gripping, making you want to play through the whole thing to see what happens to the beautiful forest that once existed.

Moon Studios has developed an almost flawless title that gets top marks for audio, video, gameplay, and story. Moon Studios should be commended for their work on Ori and the Blind Forest; Microsoft is lucky to have this gem as a current console exclusive to Xbox One. It very well could be a Game of the Year contender come December. 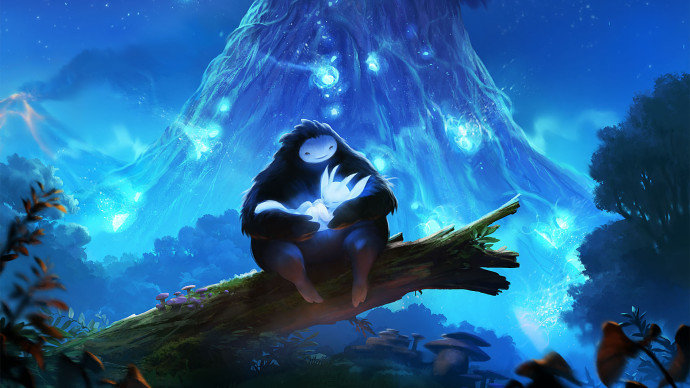 Griping at the Start

Games rarely carry a solid story throughout the playing experience. Either the beginning is weak or the end is weak. Ori doesn’t suffer from this. Within five minutes, players will inevitably have a strong attachment to the orphaned creature Ori and his quest to restore life to his once, lushes forest. Three stolen life forces must be reobtained by Ori if he hopes to save his forest, and it’s up to you to help him do it.

The game begins with players controlling a pretty ‘useless’ Ori. That is to say, Ori has very few abilities and is generally limited to a short jump and a weak attack courtesy of his friend Sein. Soon, however, Ori learns moves and abilities that platformer fans have come to expect, most notably the always useful wall jump. 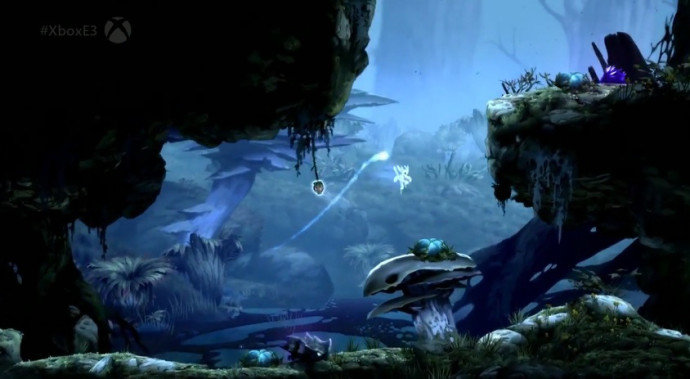 The Best of Audio and Video

I dare someone to find a flaw with how Ori and the Blind Forest looks, or how it sounds. The soundtrack follows the story nicely, with quaint, orchestral score when the the situation is calm, and uptempo beat when things get heated. I could listen to this soundtrack for hours and never get tired of it.

Visually, Ori is also stunning. Despite only boasting a 2D world, I find it more beautiful than many 3D worlds I’ve explored. the developers at Moon Studios were careful to craft a world that was full of distinct locations that players would love to explore, even if it required hours of backtracking. Traversing thourgh the 2D labyrinth inevitably means going into new areas. Many game suffer from the areas lacking any distinct physical features. Many 2D games also save money and time by creating stationary backgrounds. Not Moon Studios. Their backdrops are always dynamic.

Each area of the the (huge) map that players explore is distinct and unique. This only adds to the list of things that show how dedicated Moon Studios were to this title. 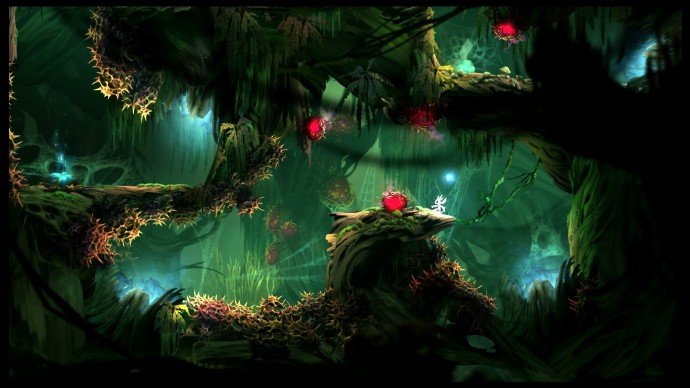 No Walk in the Park

Don’t go into Ori and the Blind Forest expecting it to be easy. In fact, while getting through some areas is not extremely difficult, certain situations pose a steep difficulty curve, resulting many deaths. Don’t get discouraged though, because there is no limit on the amount of times you can die. As long as you’ve collected enough energy, you can save at anytime, as well as access the abilities screen. Here is where you can make Ori a bit easier.

In the abilities screen, player can spend ability points on various upgrades for Ori, including his health, how easy it will be to create save portals, and the power of his attacks. All of these upgrades will be important when taking on the games ‘bosses.’

There really aren’t any bosses in the game. Instead, each ‘level’ generally ends with an extremely difficult task. When completing said task, the ability to create a save portal is restricted, meaning players will need to complete the entire portion of the level before they can save. In one particularly agonizing level, players must race up a tunnel to avoid an oncoming rush of water. Might sound easy, but it took me well over an hour to complete.

Agonizing at Times, but Never Too Much

Despite having to complete numerous sections of the game over and over again, I never felt frustrated or felt like quitting. Some may get frustrated and quit, but if you put in the time, there is always something new around the next  corner. That promise alone is enough to keep you going. New areas, new bosses, and tons of collectibles await those willing to push through the games most difficult moments.

Ori and the Blind Forest – Conclusion

Ori and the Blind Forest is almost flawless, and even the little things that bothered me were not enough to change my decision on this game. Sure, the combat could have been a bit deeper at the beginning of the game, but I quickly forgot about that. There is too much beauty and too much charm to not give this game the score it deserves, a near-perfect 10/10. Do yourself a favor and grab Ori and the Blind Forest, only on Xbox One and PC.