The 3DS has been a great device for playing puzzle games, from the very popular Professor Layton franchise to the Pushmo series. The Wii U also has a fair share of stylus specific games, but it wasn’t until Pushmo World was released that I finally took the plunge with one of them. It has been well worth it!

More Mario Kart. More Super Smash Bros. More Zelda. Nintendo is the king of providing us with more of something we already have

I’m generally terrible at puzzle games, but enjoy them none-the-less. More often than not, Pushmo World became something I enjoyed playing with my wife, rather than alone. Developed by Intelligent Systems and published by Nintendo, Pushmo World is a great addition to anyone’s Wii U, providing quick bursts of entertainment when it is needed the most.

More Mario Kart. More Super Smash Bros. More Zelda. Nintendo is the king of providing us with more of something we already have, but unlike other franchises that stumble and eventually fall, Nintendo has the uncanny ability to provide great titles people want to play. Pushmo World is no different. This is the third title in the franchise – after Pushmo and Crashmo were released on 3DS – and although its ‘more’ of the same, it is awesome to experience this on my Wii U.

Pushmo World is so basic, it could be played on even the most primitive consoles. You move your character with the left control stick, rotate the environment with the right stick, jump with one button and push or pull with another. And that’s it; there are no timers that will alter your score – as there really is no score! – no special power ups to make the levels easier, and there is definitely nothing flashy. You have a simple task. Get your character from the bottom of the puzzle to the top by pulling and pushing various blocks to create a path. 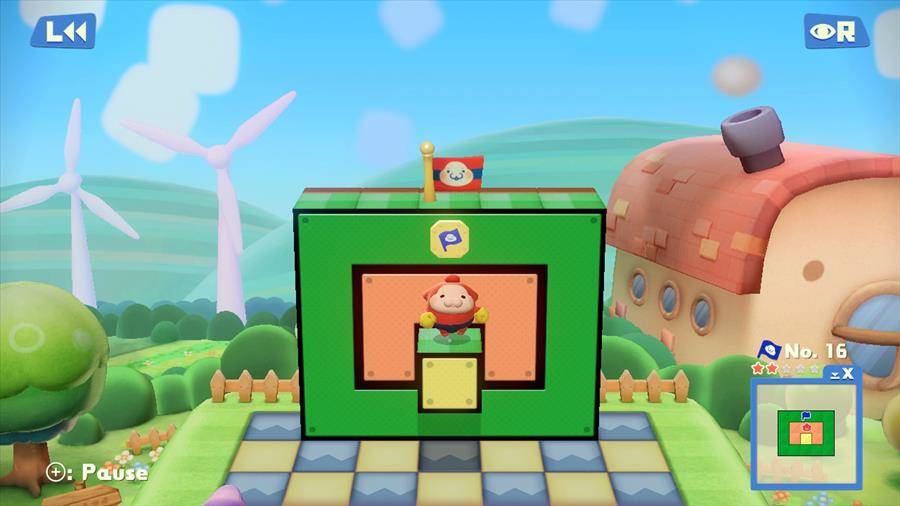 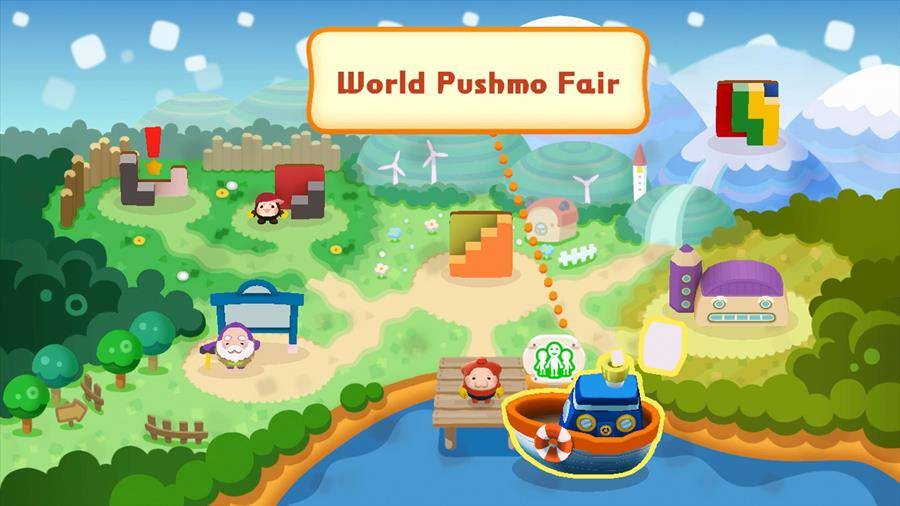 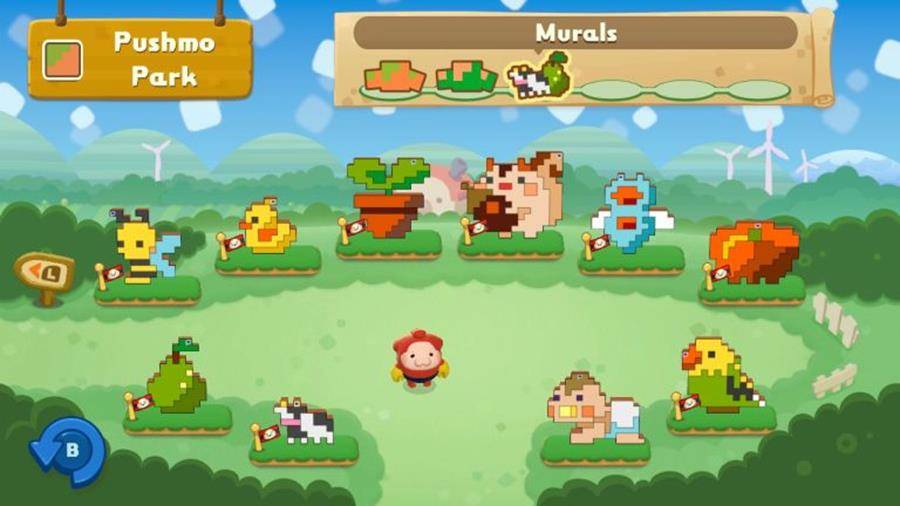 Simple idea? Yes. Complicated to master? Most definitely. What kept me coming back to Pushmo World is the difficulty of the puzzles. They begin very simply, but quickly ramp up in difficulty. They are not too difficult, mind you, but on numerous occasions I had to put the controller down, walk away from the game, and try again later. I’ve yet to be stumped to a point of outright refusal to play the game again. That is the sign of a well balanced, fun game.

Whether you are just trying to build a complex puzzle, or if instead you are trying to create a cool 2D image, the level creator is easy to use, and again, hard to master

The other added bonus to Pushmo World is the level designer. Whether you are just trying to build a complex puzzle, or if instead you are trying to create a cool 2D image, the level creator is easy to use, and again, hard to master. So often I would build a level and realize that what I thought was incredibly difficult was solvable in less than three minutes. Regardless, it is still fun to create and share – with couch friends or online via the Pushmo World Fair – levels that you believe are difficult, perhaps artistic, but definitely loads of fun.

Not everything in Pushmo World is rehashed from older titles. A few new mechanics are added to make the game feel a tad different then its predecessors. For example, there are now blocks that reset to their original position after a set amount of time, as well as items which allow you to transport yourself around the world. One of the more interesting changes are the items that move, all at once, blocks of a particular color. These changes are welcome, as it is all the differentiates this little from Pushmo on the 3DS.

Despite an agonizing tutorial and almost non existent story, Pushmo World is a great title, and for the reasonable price of $10.99 in North America, its definitely a game worth checking out. If you enjoy puzzle games and wants something that is challenging, yet relaxing, then Pushmo World is a game for you. Once you have either completed or become frustrated with the single player puzzles, head over to the Pushmo World Fair and try creating your own.