The Last Tinker City of Colors

6Based on
1 rating
Login / Register to rate.

There was a time when platformers were about the only type of game hitting the market. Spyro and Crash seemed to be the most talked about characters, and Mario 64 was a contender for the greatest game ever made. The genre peaked and, mixed with the dropping quality of long-time franchises, disappeared to almost nothing. The Last Tinker seems to try to recapture those glory days, but misses exactly what made the greats so noteworthy in the first place.

Imagine if your favourite childhood platformer was more like Assassin’s Creed. Think Croc, but without the ability to manually leap from location to location. Worse, picture Spyro, but with a linearity that means you rarely get a chance to go off the beaten track. The Last Tinker tries to stand alongside those famous names, but falls flat with limited player control.

Not that that is a problem in and of itself. A game doesn’t have to live up to the lofty achievements of the PS1 era platformers to stand on its own two feet. Instead, the problem is one of marketing. The press seem to have run with the idea that Tinker is a nostalgic throwback to the games of your youth, and that’s something that seems to have gone uncorrected. If you buy it based on that misinformation, you’re going to be disappointed.

Instead, they should have focussed on the potential family audience. For those that have played the latest Pac-Man TV series games and who want something to keep them going until the sequel is released: The Last Tinker is for you and for your children. You won’t have to worry about difficult jumping puzzles or getting lost in a massive open world. Objectives are clear and easy to get to and the world is charming and colourful. 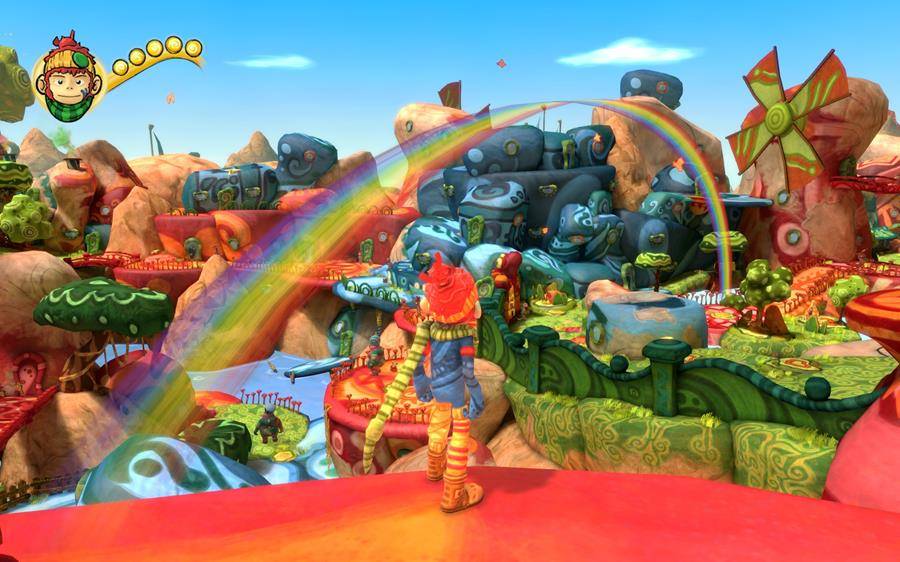 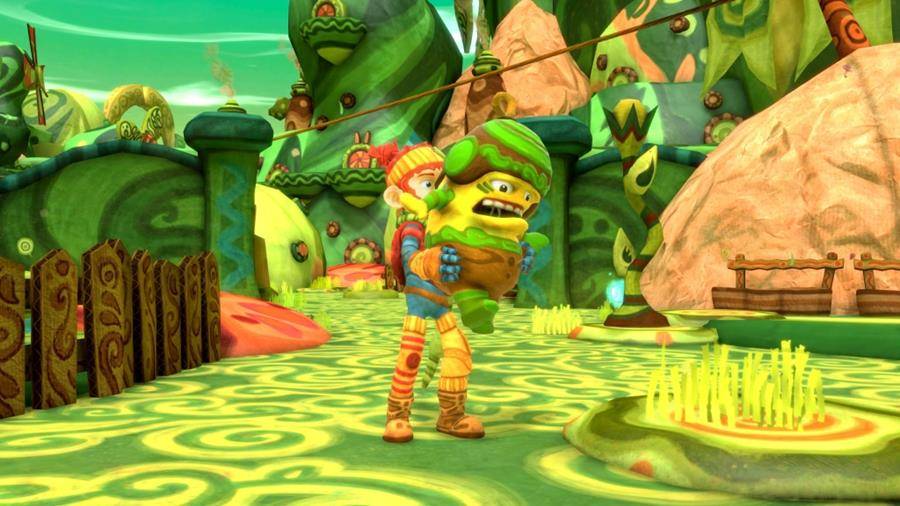 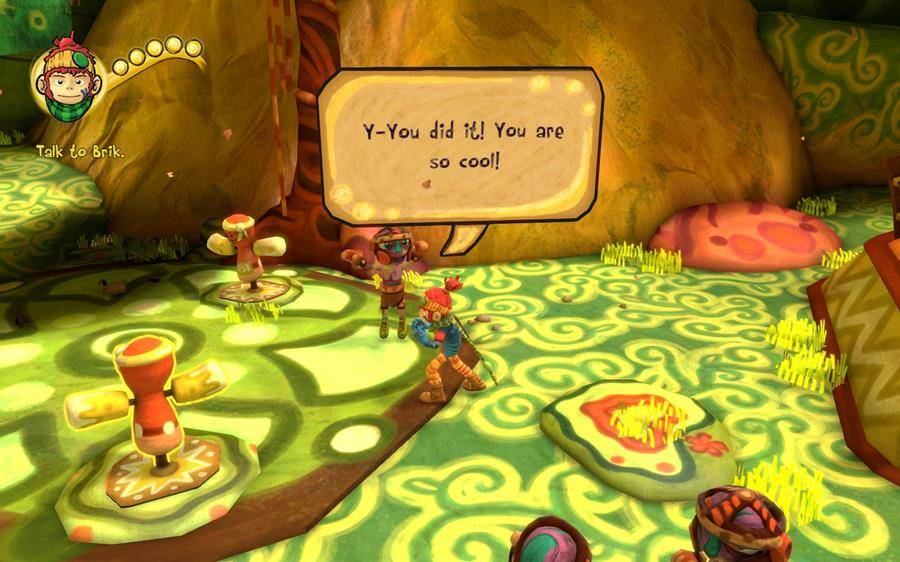 And that’s about the entire game in a nutshell. Hold a button, run to an edge and you’ll jump automatically. Do this in quick succession, occasionally adjust for direction and you could be finished within six hours. There’s no challenge, and if you’re playing with very young kids there doesn’t need to be. Therein lies the marketing rub.

To be fair, running towards gaps isn’t all you’ll be doing in The Last Tinker. You’ll occasionally need to fight off an enemy as well. This is set up, again, like a simpler version of Assassin’s Creed or the Arkham series, with multiple opponents surrounding you and attacking, usually one by one. Dance around them, dodging or punching, and you’ll soon knock them all out. As you progress, you’ll come across bigger enemies, some of which you’ll need to approach a little more tactfully, but for the most part you’ll get away with just timing your punches.

You won’t be able to fight off the little white paint creatures that make up the bulk of the game’s opposition right away though. No, as little ape creature Koru, you’ll need to gain the powers of several colour spirits in the hopes of beating the bad guy and fighting off his hoard.

Koru is a happy sort of chap, and most of the characters you’ll come across are equally sickly sweet. There are a few more threatening individuals, but they’ll largely get their comeuppance rather quickly – either that or they’ll eat a great big slice of humble pie and become your best buddy for life. The story is just as light and frothy, but the world it takes place in more than makes up for that. While you’ll never get to go off the leash and give it a proper browse, the lands you’ll encounter really are beautiful.

For those that have played the latest Pac-Man TV series games and who want something to keep them going until the sequel is released: The Last Tinker is for you and for your children

Unfortunately, the transition to PlayStation 4 hasn’t been a pleasant one. Nice bright colours aside, there’s far too much slowdown to truly recommend The Last Tinker on a visual level. You can barely move the camera without the frame rate plummeting, regardless of what’s happening around you. It’s a common problem and one that’ll no doubt annoy those dedicated to checking such things.

This would be bearable, but when linked with the odd decision to limit the player to a linear path, it becomes a glitch-fest fairly quickly. There are many times where you’ll fail to make obviously possible jumps just because it’s not the way the developers will want you to go. Koru will just charge at the gap without even attempting to reach the other side, and you’ll lose health because of it. Two or three of these moments will be enough to have you annoyed, and it won’t stop there.

If you have children and want something cute and fun to play with them, but without the challenge of many indie alternatives (or without the cost of Disney Infinity), buy The Last Tinker on PlayStation 4. You won’t be disappointed, and, more importantly, neither will your little ones. For those looking to relive the glory days with a fresh new titles, back away and leave your nostalgia intact.