When playing inFamous Second Son, I received a deluge of visual satisfaction. Sucker Punch’s third attempt at its superhero series is a great showcase of PlayStation 4’s technical prowess. Particle effects galore, a breathtakingly gorgeous open-world, and great facial animations make Second Son the best looking PS4 game by a mile. But for all of Sucker Punch’s technical advancements, the game’s storytelling failed to meet the same type of improvements. The lackluster morality system, and a poorly realized change in tone for the series help create an uncharacteristically poor narrative, despite it still containing an enjoyable feast of super powers.

At the center of these fantastic powers is new protagonist Delsin Rowe, played by the excellent Troy Baker. Unlike past hero Cole McGrath, who never really enjoyed his powers and dealt with them in sincere fashion, Delsin is quite the opposite. Young, arrogant, and painfully cocky, Delsin accepts his powers rather quickly and instantly enjoys them, and that’s a small part of Second Son’s narrative problems. You see, the game’s introduction is comparatively weak to the first inFamous’ much more engaging and grandiose opening. Cole was deemed as the culprit for Liberty City’s demise, and it was up to him (the player) to deal with the City and its citizens anyway he wanted. To either gain their trust back, or turn on them completely and make them fear him. This same type of choice is nonexistent here, and its blatantly obvious Sucker Punch struggled to muster up such narrative threads.

Without giving away too much, Delsin’s acquisition of his powers, the aftermath of him becoming a Conduit, (a named used for those that have powers), and his entire motivation for the adventure that follows is laughably anemic. None only that, but Delsin’s supporting cast failed to conjure up any energy, interest, or excitement for me; something the original two games had no problem with.

Delsin’s destructive personality is contrasted by his more serious cop brother Reggie, played by the equally fantastic Travis Willingham. I found Reggie to be much less annoying than Delsin, but his character arch ultimately falls flat and felt cheap. He can understandably be compared to Zeke, Cole’s sidekick in the first two games. But much like everything else when it comes to storytelling, I just found Zeke to be a much more enjoyable sidekick than Reggie. The same goes for Second Son’s weak attempt at a villain, who comes out more as a cliché obstacle for Delsin than anything else. And when Second Son does introduce promising characters throughout, they’re quickly brushed aside without much story development or explanation. 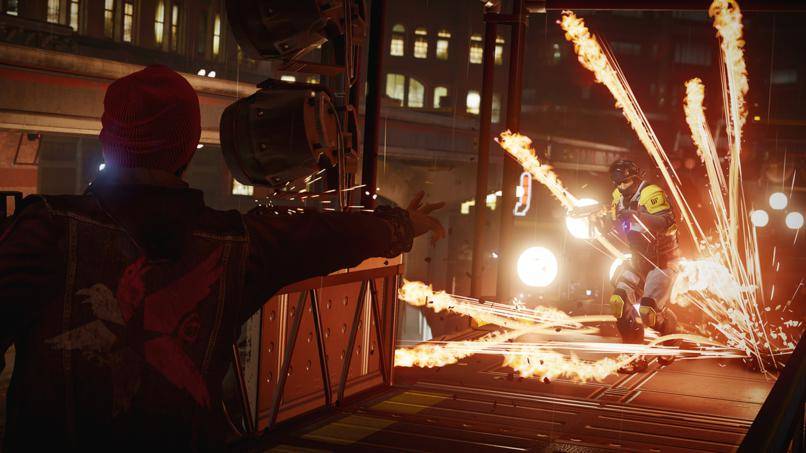 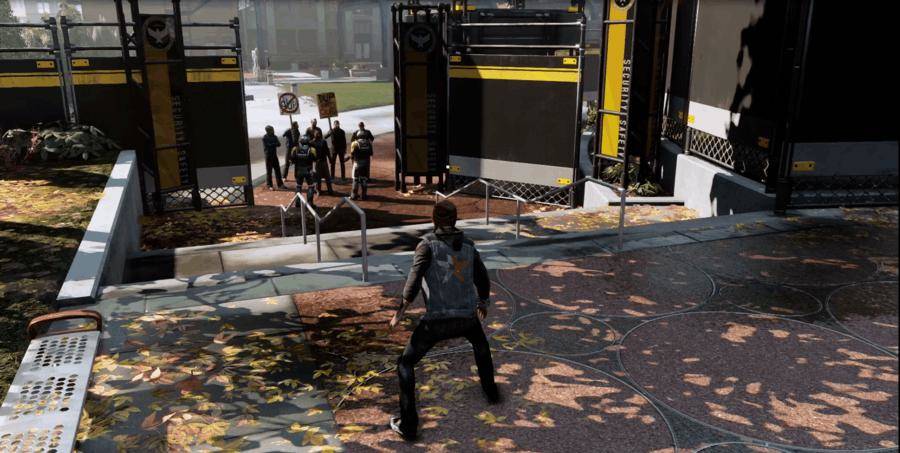 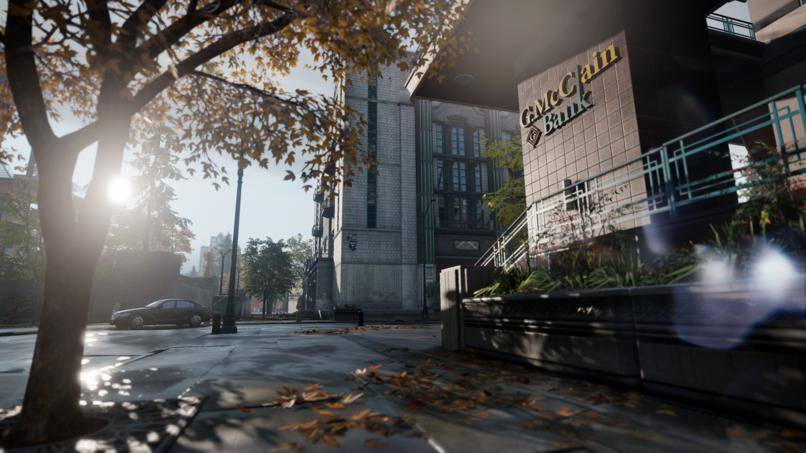 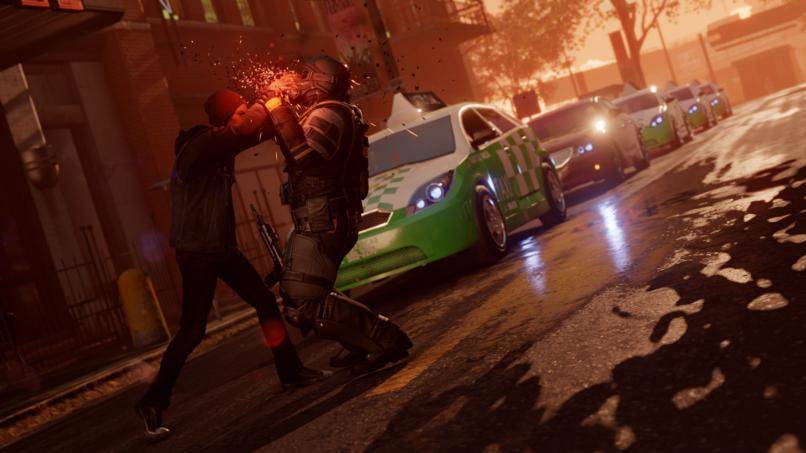 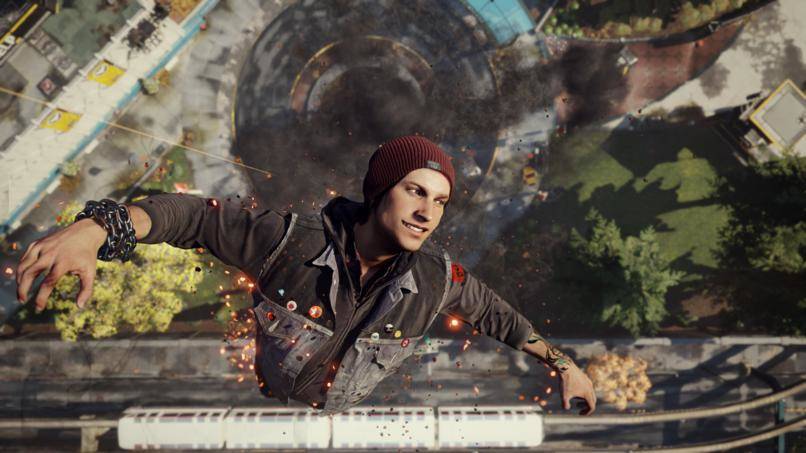 Second Son represents a dramatic change in tone for the series, as I mentioned before. The characters all look more realistic, with Sucker Punch’s new motion capture technology shining through. The same goes for Second Son’s choice of enemies. Called the D.U.P, an organization created by the U.S government to combat conduits, they’re a lot more grounded than the cartoonish and comic-like enemies Cole had to deal with. Delsin as character also feels a lot like an individual, and more organic than Cole. He was more of a story and gameplay vessel that created an excuse for the choices the players decided to make while Delsin has his own preferences.

While this does sound great on paper, what with a more developed protagonist and all, the morality system fails to progress alongside Sucker Punch’s choice of a hero this time around. Some of the things Delsin has to decide to do doesn’t fit the character at all. This is especially evident when I chose an evil playthrough. Delsin, from the opening credits, seems set on the choices he’ll make in life and the person he wants to be. It’s pretty apparent that Sucker Punch realized the struggle between the serious tone they were going for, and the comic book roots of the series, and opted to provide far fewer morale choices this time around with a lot less consequences. But despite the storytelling problems, Second Son is still a blast to play.

Seattle, the game’s setting, is stunning. Sucker Punch’s fastidious approach towards creating this real city, (a first for the series as it always contained a fictional setting), is evident with every block, landmark, and building. While it certainly isn’t the largest open-world I’ve come across, that’s remedied by its visual appeal. It’s littered with side missions to complete, but I quickly found out that encountering these missions would be repeated ad nauseam. They’re just not varied enough and are painfully repetitive. Outside the stencil art Delsin can create, through the use of the DualShock 4’s motion sensors, the rest of the activities feel prosaic. This makes the city feel soulless and uninteresting outside the visceral experience.

It wouldn’t be fun exploring empty Seattle if Delsin wasn’t fun to play with, and those worries should be brushed aside. Delsin starts out with smoke powers that allow him to go through walls, and make him feel pleasantly agile. As you progress through the game, Delsin gains more unique powers, and the pace at which he gains them is expertly crafted. With harsher enemies to greet him, Delsin can learn more powerful skills and is able to utilize an increasingly varied catalogue of abilities. The powers Delsin learns are all eccentric, and look aesthetically particular.

Traversing through the city becomes more enjoyable as Delsin inevitably becomes stronger. The controls also feel refined with a steady camera greeting your every move. It’s a shame though that there weren’t enough enemy variations to go along with the exhilarating powers. The D.U.P is a lot less interesting than past enemies combating Cole, which is another aftermath of Sucker Punch’s inability to balance realism and super heroes. The boss battles lack creativity as well, and feel inspired by ancient game design. There was a moment when Sucker Punch acknowledged this fact in a particular boss fight in subtle, but clever fashion, but then the rest of the battles felt the same way.

Unlike the narrative problems with the morality system, the way you approach combat is steered by your decision to either play good or evil, creating different permutations when it comes to the powers Delsin can learn. I was locked out of certain abilities because of my decision to play Delsin as a hero, and vice versa. And because of this, both of my playthroughs felt drastically different when it came to gameplay. There are also obvious limitations with either approach, as you won’t be saving citizens while being evil, and you’ll constantly worry about not harming innocent bystanders while being good.

inFamous: Second Son is leaps and bounds ahead of its two predecessors when it comes to visual appeal and gameplay. It’s a visual powerhouse steered by a more grounded protagonist, a departure in tone, and a gallery of eccentric super powers. But it lacks the soul and exceptional storytelling of the first two games, and remains stagnant outside its technical advancements. It’s more of the same from Sucker Punch, to a lesser extent, and it’s evident that Second Son is a product produced during the studio’s transitional period. Expect greater things from the developer in the future but for now, Second Son isn’t the killer app the PS4 has been longing for. Instead, it’s the weakest entry in Sucker Punch’s open-world superhero series.