I have to admit that I didn’t have high expectations for Metal Gear Solid Rising: Revengeance… (Especially with a title that uses most of the english alphabet). Over the years, the series has deeply developed Solid Snake, a character we all know, admire and love and Revengeance seemed like a long-shot. In theory, this game shouldn’t work. Set in the Metal Gear Solid universe, we would normally expect a game with an intense and confounding story, stealth based gameplay as well as quite a few hours of intriguing cutscenes. Now that I have actually played Revengeance and everything it has to offer, I can gladly say that I have never been more pleasantly surprised!

For a studio that usually develops action-oriented titles (Bayonetta), without much emphasis on story, Platinum games have truly enveloped the Metal Gear Solid universe and together with Kojima productions, have provided a good albeit not great story with its own unique twists and turns. 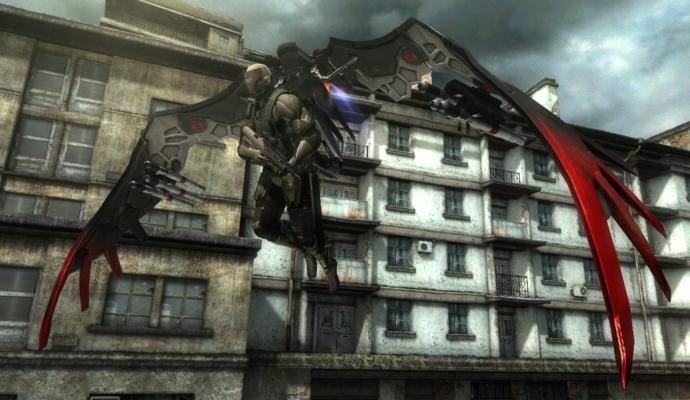 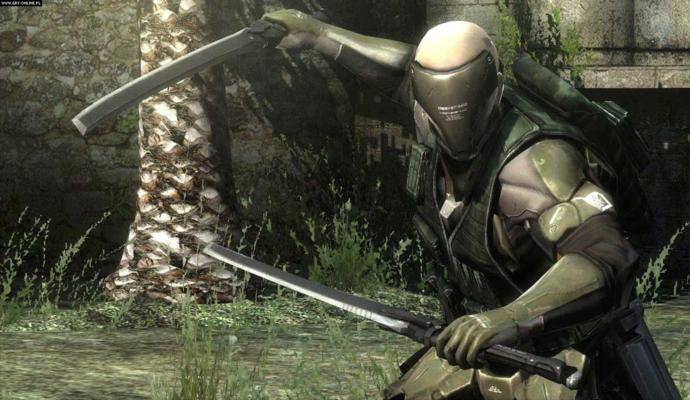 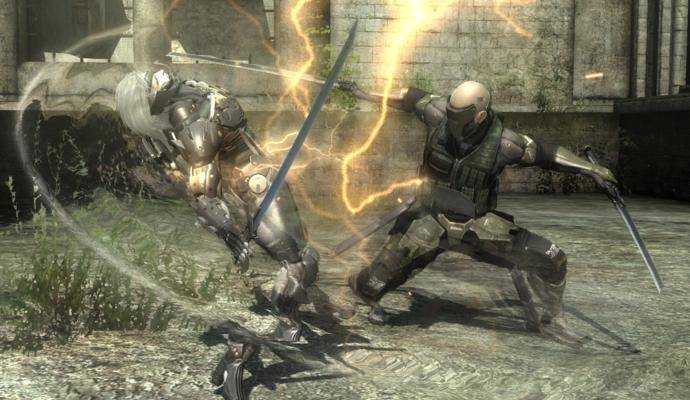 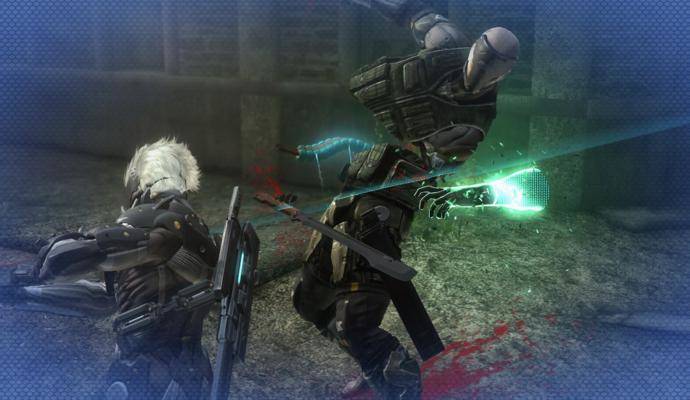 This time round, you’re placed in the shoes of Raiden, a cyborg soldier with a very heartbreaking backstory. A character that the MGS games have previously explored but only in minor detail. The game’s introduction explains how the world is finally in a calmed state and a treaty is on the verge of being signed, securing future peace between nations.

The first time we lay our eyes on Raiden, we see that he is portrayed as what we can assume to be a bodyguard for the Prime Minister of Africa. Soon the Prime Minister is surrounded by chaos via a lengthy cutscene. You are then quickly thrown straight into the action, having to fight a huge Metal Gear robot nonetheless. Having been extensively damaged from a fight with his main rival of the game, Jack… sorry, Raiden takes it upon himself to hunt down this organization of criminals and put an end to their malicious plans.

This game is Full. On. Action. All the time. If you enjoy full on action oriented combat, every step of the way, then this is the ideal game for you. There were only a couple of times where i felt that the cutscenes dragged on for a little too long but other than that, the pacing of the game is near perfect. That being said, I did feel that some cutscenes were a little intrusive (especially on the final boss battle…) but on the other hand, they do have a certain unique flair to them that makes the anticipation quite enjoyable.

Another key point to mention is that I did not get sidetracked or even a little tired of playing MGS Rising: Revengeance. To be fair, it is a roughly 6-8 hour campaign, but I was in a constant state of bliss from start to finish, dismembering hordes upon hordes of enemies without getting bored. Not even in the slightest. Few games achieve this as there’s always an aspect that players might not particularly like or in some cases find to be truly horrific.

I would have to say that controlling Raiden and his High-Frequency blade is the most exhilarating aspect of the game, especially when you activate blade mode. Raiden’s cyborg implants allow him to be a true ninja, offering quite a few unique ways to play. You can either traverse the world as a silent assassin, only killing when necessary or head into every possible battle available with the motto ‘Cut first, Ask questions later’. (Which evidently, is the way i chose to play).

Blade mode is surprisingly well designed. I’m sure you all have your doubts but having used it quite a bit, I can assure you that it flows almost perfectly. By filling up Raiden’s frequency bar, you can activate blade mode, a super precise slow motion technique which allows you to cut your enemy in any of the 360 degrees available. It is incredibly well implemented into the core mechanics and you’ll have a lot of fun using this feature. Platinum games decided to pursue this mechanic further and succeeded! Every enemy has a sort of dynamic combat approach where for example, if you cut off his leg then he’ll start crawling and will still be shooting at you. Kudos to you Platinum games, this is a game mechanic feat worth mentioning!

As well as the incredibly fun to use blade mode, Raiden utilizes a technique called ninja run. By holding down a trigger, this allows you to run at extremely fast speeds, reflecting bullets and avoiding every obstacle in your path. If used correctly, you can pull off insane combo’s and dispatch enemies without taking even a single hit. If you master Raiden’s gameplay and can pull off battles without getting hit, you’ll receive an higher rating.

Similar to other games (DmC) you’ll receive a rating for each of your enemy encounters, with S being the highest and only achievable if you manage not to get hit. A higher rating means a higher Battle Point amount and we all know what that means… Unlockables!!! By amassing ridiculously high numbers of BP, you can unlock upgrades for Raiden’s weapons (That improve strength among other things), costumes, combat styles, unique weapons as well as health and frequency bar upgrades. These unlockables keep you coming back for more and greatly improve the games replayability value.

Speaking of replayability value, there are various different collectibles to find and quite a few fun but challenging trophies to obtain. These will definitely require more than one playthrough to find and obtain respectively. As an added bonus, the VR (Virtual Reality) missions you find in the campaign will unlock exclusive missions in the VR tab in the main menu. These provide specific challenges and can earn you a good extra amount of BP for placing in the top three places.

Finally, I can’t stress how much fun the boss battles are. The boss mechanics are near true perfection with very tiny annoyances, which mostly include not knowing how to handle the situation. As you replay the fights you’ll get valuable insight on what you did wrong and what you actually have to do and defeating each boss by practicing each fight is a massive reward in itself. Finish the game on the hard difficulty to unlock the very hard and ultimately, Revengeance mode… which is not easy. Not easy at all.

The environments are quite varied and are given that grainy metal gear look that we’ve become accustomed to. You’ll cut, hack and slash your way through parts of Africa, the US and even Pakistan with a mission featuring a lovely garden where you can dismember the cyborg opposition peacefully. The areas never get repetitive and the game runs at a constant (awesome) 60-fps which I’m sure you’ll thoroughly enjoy. It’s not an astonishing game graphics-wise but it is presented in such a well-balanced way, where the environment and graphics accompany the game’s combat and theme perfectly.

Alongside the frantic combat, there’s the completely mental soundtrack. The only time the music seems to calm down a little is when you’re watching a cutscene. Other than that, it’s a constant mix of electronic tunes, dubstep, rock at times and A LOT of heavy metal! These pieces compliment the game and combat on a perfect level as there’s never a dull moment making minced meat… (metal?) out of your enemies.

What a pleasant surprise indeed. MGS Rising: Revengeance is an incredibly worthy addition to the MGS universe as well as any action game enthusiast’s library. It may not please pure MGS fans in the way that Solid Snake would, but in its own twisted way manages to win you over with an experience that is really hard to come by else where.Mix in elements from the MGS universe and add in Platinum games’ unique take on the combat and story and there you have it… Metal Gear Solid Rising: Revengeance.