Each and every year sees the release of dozens of sports management simulators, and the vast majority of them are extremely niche. While the likes of Football Manager destroys millions of man hours each year, similar games are often completely overlooked, panned or even mocked for their apparent lack of interactivity or their place in the sports hierarchy.

Pro Cycling Manager is and probably always will be one of those niche games, standing strong in the shadow of the big management games. I mean, what are you even supposed to do in a cycling simulator?

The answer, in short, is ‘everything.’

Managing a team in any sport is a deadly balance between the big and the small. In Pro Cycling Manager 2013, you’ll control everything from the frames used on the bikes and the days that your team train through to the actual people on the team, their support staff and the objectives you’re all to strive towards.

“Winning,” in so far as you can win in a simulation game, will require being able to juggle all of this and more. You’ll need to run schedules, buy equipment and answer emails. It’s not easy. 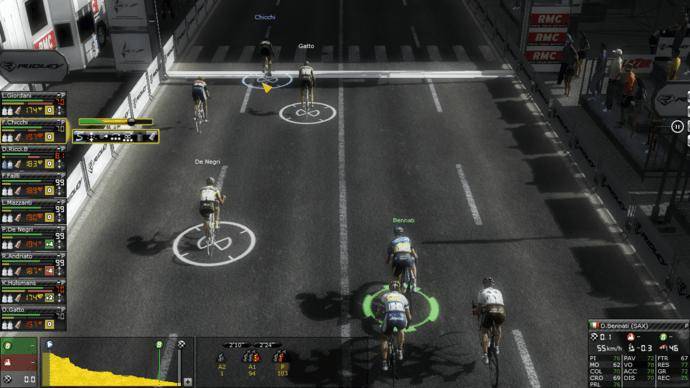 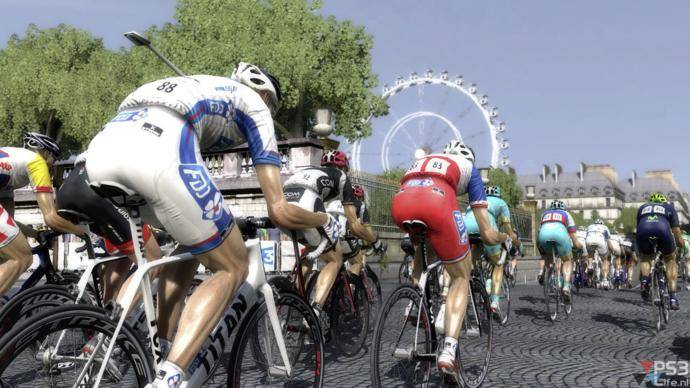 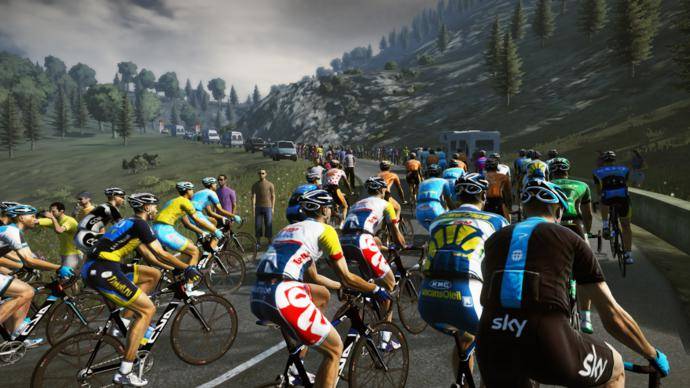 It’s not made any easier by the fact that there’s literally no build up to all of this. You’re thrown into the deep end, expected to aspire to some rather lofty goals despite perhaps not even understanding those goals, let alone what it’ll take to get there. For that reason, you’ll need more than a passing knowledge of Tour De France and its ilk before you can make the most of Pro Cycling Manager 2013.

Which is a shame, because for wannabe sports managers and number crunchers, this is a title that gives you complete control. In many ways it’s a Sim-widow nightmare. You’ll spend hours delicately picking at the faults in your teams, looking for ways to make money and more. Just make sure you remember to earn money in real life as well.

Although you’ll spend the bulk of your time flicking between full text menus, there’s more to Pro Cycling Manager 2013 than that. As well as auto-finishing actual races, you can also watch each race as well. With a fairly beautiful graphics engine, it’s pleasant enough to watch, but it’s the amount of competitors on screen that’s impressive.

It’s also the only time when you can’t hear the god-awful music that plays over the management screens.

I say watching each race, because although there are indeed ways to interact with your team, there’s again little in the way of explanation and I personally found I was doing more harm than good. You role is largely passive anyway, although you are able to work individual racers harder than perhaps you should.

Again, this is an example of needing to know the ins and outs of pro cycling before you even bother to boot the game. If you’ve studied at the feet of the great cycle managers, your only issue will be figuring out which button does what (not an easy task) and handling each of your racers at a time.

If you’re not already a professional, it’ll take a little more effort, and it’s probably effort that the average person won’t be interested in putting into a video game unless they already have more than a passing interest in pro cycling.

With that said, it’s hard to doubt for a minute that the people who buy this series each and every year, and those that love the sport and follow it religiously, will find much to complain about. This is simulation on another level, to the point where even the colossal Football Manager has rarely tried to venture. That’s almost Pro Cycling Manager’s biggest strength, but it’s also the thing that will constantly knock back new players, new players who had perhaps already laid out £30.

While the career mode is definitely the focus, there are other aspects to Pro Cycling Manager that are designed to free you from the stresses of sponsorship and finance. There are even modes where you can actually control the cyclist, which will be great news for those who bought it expecting a casual Sunday ride.

Then comes the multiplayer mode, Armada, which seems to be pretty much what the developers expected you to play. There’s even, if you can believe it, a tutorial. Armada is a completely different beast to the career mode, but it adds a social element that is actually pretty cool. If nothing else, it’ll teach you how best to work the 3D race mode.

Pro Cycling Manager isn’t for the impatient. You’ll need a molecular attention to detail and the patience of a saint. Although it’ll probably be quite a while until you realize that you’re actually let off quite a lot and that you’re not suddenly going to find your bike shed burnt to the ground after every decision (unlike, say, Masters of the World), each decision still needs to count.

My hat goes off to anybody who can sit and play this and actually enjoy it – ultimately it’s not for me. That’ll probably be the case for most people, people who play video games to get away from the stresses of number crunching and paying attention to detail. Still, from a purely technical point of view, the developers have given you the tools to do absolutely everything you need to in order to be an awesome virtual professional cycling manager. You can’t knock them for that, for allowing a subset of people to live their dreams. It’s just a shame that they’re weren’t willing to open things up a little and share the secret to success to the rest of us.