It’s commonly known that sports games are released every year and even though they provide a solid and realistic experience, they don’t improve much over the last iteration. The NBA 2K series is no different but this doesn’t seem to be a bad thing, rather than re-invent the wheel 2K Games have decided to make slight improvements, everything that made NBA 2K13 great has been improved. This is obviously a game about basketball and it is directed to people who know how to play basket ball, it’s not directed towards any other audience – there aren’t any tutorials of how basket ball works or the like, this is a game for the fan of the sport and fans of basketball will appreciate the small details made by 2K.

Like last year, 2K have implemented an excellent career mode which takes you through the career of a basketball player, from playing in the rookie showcase to retirement.Playing through the career mode isn’t just a usual ‘grind through many seasons until you retire’ – the game goes out of it’s way to make the career mode as realistic as possible. After every match you have an interview where you get asked a question by a journalist that you can answer in 4 ways. Each answer will effect what your teammates and your fans think of you.

You can talk to your GM, converse over the in-game social network, play through training drills, go to training camps and eventually get enough recognition that either Nike or Jordan will sign you to their shoe brand and you can make your own shoe.

As soon as you boot up the game for the first time you are told to make a MyPlayer account. After you’ve set up your information you can finally create your player. The customisation is extensive, You can chose all the regular things you’d expect to see like position, name, shirt number and nationality but you can also choose a nickname, tattoos and gear like sleeves and knee guards. The face sculpting is very in depth and there is a large variety of hair styles and facial hair as well. You can even choose each individual animation for your player. Compare this to FIFA and you will see that NBA 2K14 wins hands down. 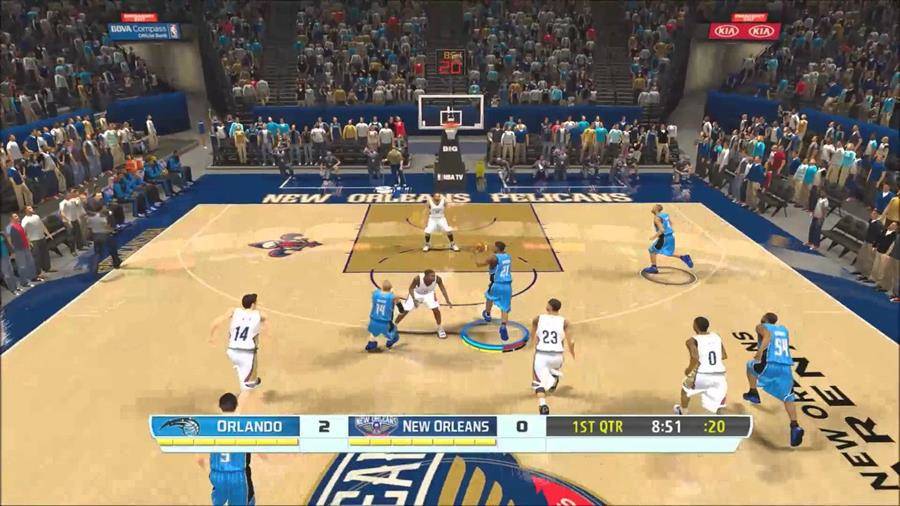 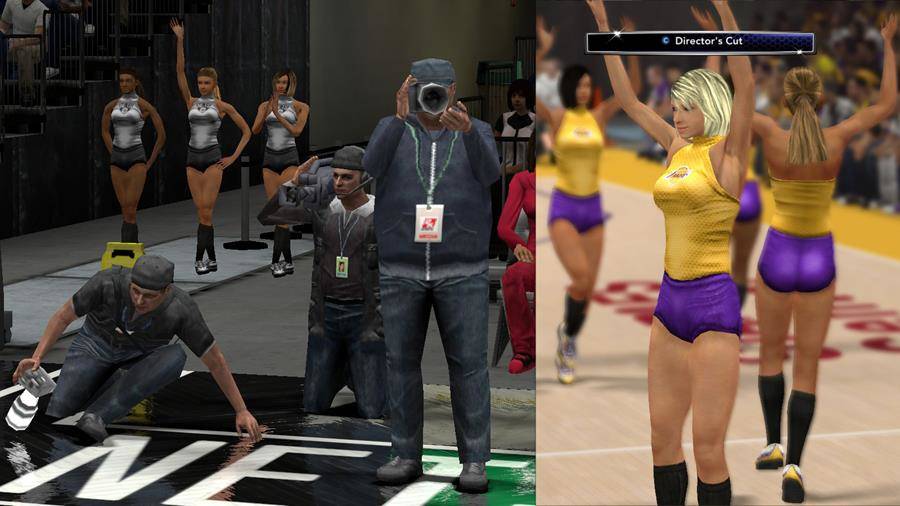 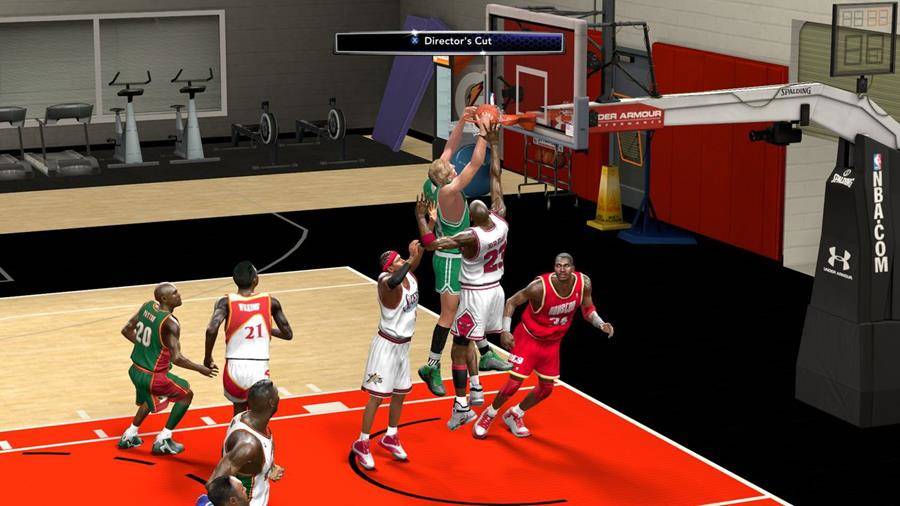 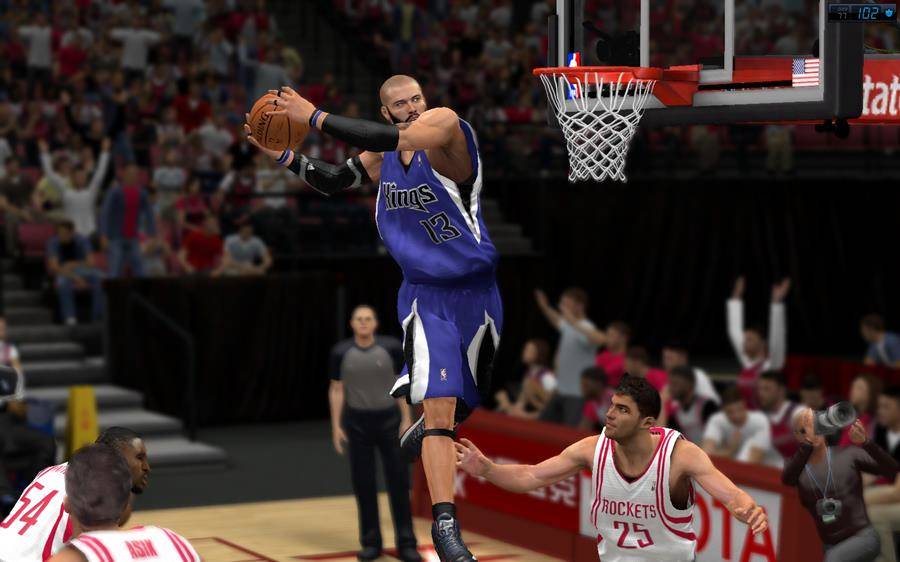 The gameplay is fluid and fact paced. The ball moves realistically bouncing unpredictably when a player tips a pass or when the ball hits the hoop after a poorly executed shot. The amount of moves, shots and dunks in the game is absurd. The variety is simply astounding, all the animations are motion captured and they look very good. Defending is complex but well done – you can’t go and charge in without a care in the world. Tackling without thinking will only lead to a foul. You’ve got to consider your actions and how you’re going to intercept the ball, either by stealing, blocking or as I’ve mentioned before, tipping a pass.

The amount of moves, shots and dunks in the game is absurd

The controls of the game are poor when playing on a keyboard. The layout is all over the place and it is difficult to do anything. Playing with a controller, however, is an absolute blast. The use of the thumbsticks makes shots, dunks and spins very satisfying. While playing, everything feels like it has a good weight to it. Players are more like actual people when you bump into them and the ball travels in a very realistic manner.

The graphics for this game are great, every player has a face that looks just like them (something that we don’t see from another popular sports franchise). The jerseys have realistic physics. Everything is licensed, from the teams to the advertisements. The courts themselves look stunning; each court in the NBA has been recreated to minute detail, the hardwood floors have brilliant reflections and even the crowd is in 3D! I did notice a few graphical glitches on the PC, where players would have their legs or torsos missing or a jersey would explode into a spectrum of colours.The sound design is fantastic, from the bouncing of the ball to the cheering of the crowd and the screeching of shoes on hardwood. All the sounds have been recorded thoroughly, immersing you into the game. There’s also a fantastic soundtrack that contains a wide variety of genres.

NBA 2K14 is a fantastic game. It’s fun to play, it looks great and it’s clearly had a lot of effort put into it, despite a few graphical glitches that haven’t been patched yet. It’s very similar to 2K13, so if you decide to pass on this you are not missing much but if you want a great basketball game to play and you don’t own any of the previous versions, this is well worth picking up.