Panzer Tactics HD is a tactical World War 2 game. The game features a turn based system in which you can move your units around or attack targets within range. There are 3 different campaigns, each with a different army at your command. You can play as the Allies, Axis or Soviets. Each campaign has its own difficulty, Axis being the easiest and Allies being the hardest.

The tutorial in Panzer Tactics HD is very expansive, covering almost every tactic you could think off. You get to learn how to move your units around and more basic stuff, but later you get to know how you can use the maps different areas to your advantage, and how you can destroy enemy bunkers.

The game sticks to the roots of the genre, and strong roots they are, but rarely tries to go above and beyond

The tutorial can be intimidating in its size, and it’ll take you a while to complete, but it really helps to set up some of the hard stages. Unless you have a lot of experience in this kind of game, they’re well worth sitting through, despite being very dry.

Panzer Tactics HD features in depth maps which you can use to make your victory easier. You can place your artillery on mountains so they have a bigger sight range, or hide your infantry in forests to give them cover when firefights erupt. Your planes can scout ahead so you know what the enemy looks like, and can prepare an ambush from the forests. You can move each unit separately, which makes turns take a long time, but increases the tactical aspect of the game.

As a commander-in-chief you have gained access to your own Private army. Every mission you get free units which you can use to complete it, but you also have an army of your very own. When you recruit new soldiers, tanks, planes, or any other unit, they become part of your own army. These units are carried over to other missions. This means, the better you end your missions, the easier the others will become. This makes the unnecessary loss of units just a little bit more annoying, and makes considering suicidal “all or nothing” tactics that much less attractive.

In Panzer Tactics HD, you have to constantly think about what you are doing. Different units have different strengths and weaknesses, and its your job to take advantage of this. Don’t let your tank fire away on an anti-tank cannon for example, because that will obviously end badly for you. You should think twice about bringing your plane up close to an anti-aircraft cannon too. 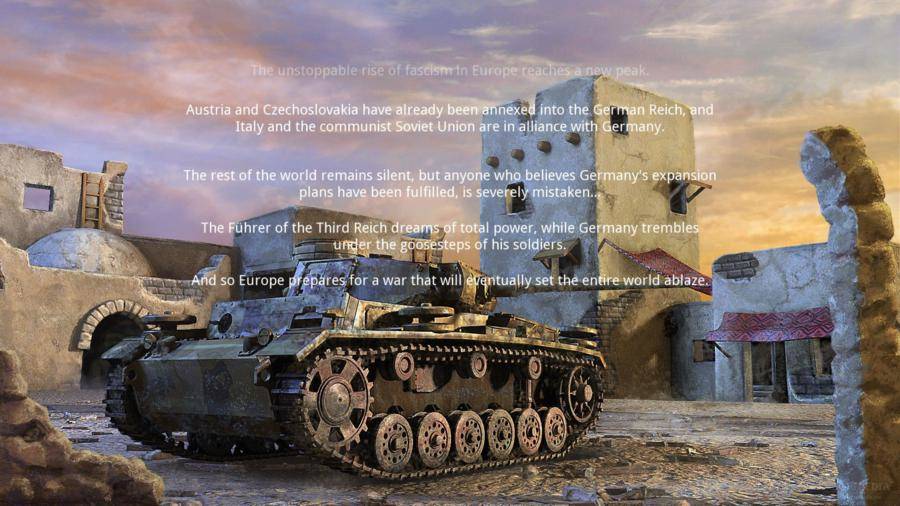 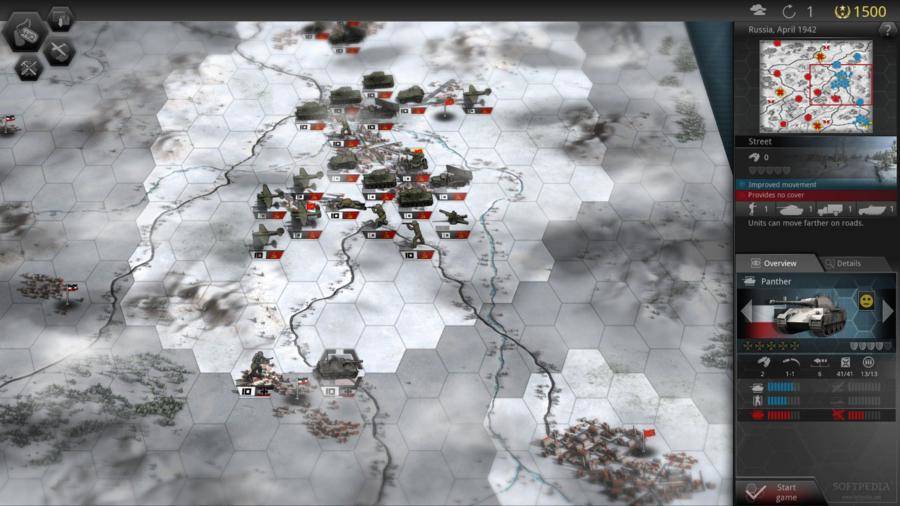 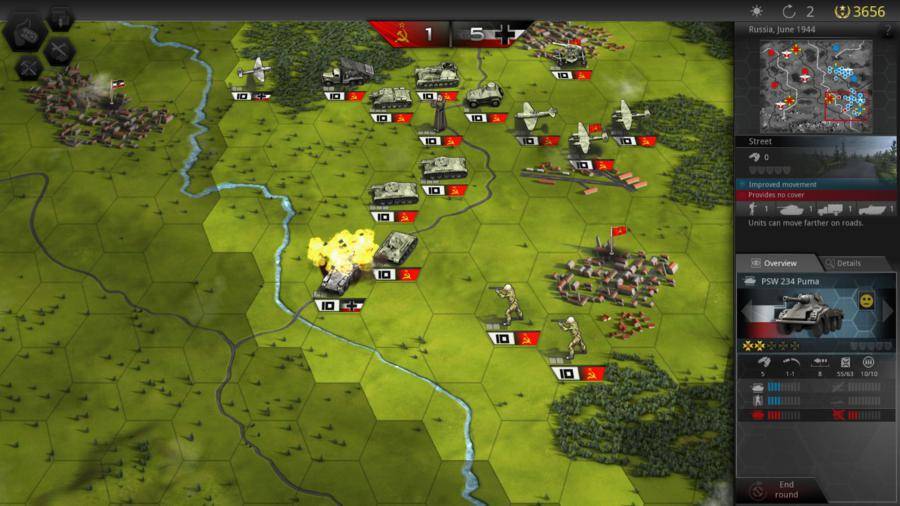 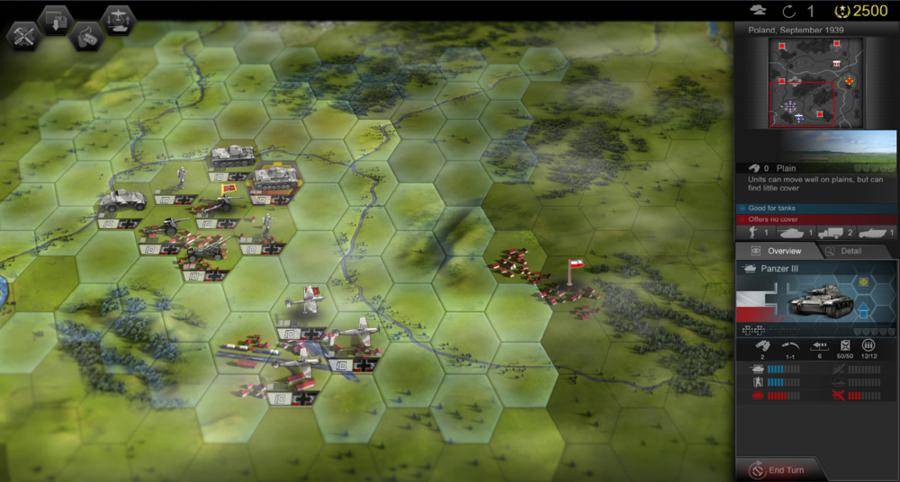 Making sure you use the strengths of your own units while exploiting the weaknesses of the ones who stand before you is exactly what this game is all about. Use your planes to shut down anti-tank cannons, your paratroopers to flank from behind and your tanks to bash right through the front gate, and you might just win yourself a war. Might, because the game can get quite hard. Let’s say Panzer Tactics knows how to wake up your brain cells. Its almost like a game of chess for advanced players. You have to think about every single step you take.

The Replayability of Panzer Tactics HD depends on if you like the genre, and if you like to replay missions with an aim of trying out alternative tactics. You can win missions in many different ways, so there’s always incentive to come back. However, things can get a little repetitive. Every mission you get has almost the same objectives: capture a town or an important piece of equipment from the other army. It makes sense, but doesn’t make for the most enjoyable game.

The Replayability of Panzer Tactics HD depends on if you like the genre, and if you like to replay missions with an aim of trying out alternative tactics

If you like to play tactic games, you will love to ambush the patrolling soldiers in the woods, wreak havoc in the navy with your planes, and obliterate the enemy defences with your mighty tanks, but there isn’t much more to it than that. There’s almost no other gameplay aside from the campaign, and your units don’t have any combat animation. Considering the lengthy tutorial, this is probably a re-release for fans of the genre, or of the original game.

Panzer Tactics HD offers solid gameplay, but becomes repetitive. Don’t expect any innovation, the game sticks to the roots of the genre and made a game worth playing, just not for everyone. I think the game deserves a 6.5, because the game isnt downright bad, but its not outstanding either.