The Wolf Among Us A Crooked Mile Review

The Wolf Among Us A Crooked Mile

The Wolf Among Us A Crooked Mile Review – Introdcuction

The Wolf Among Us’ third episode, A Crooked Mile, represents a turning point for Telltale’s unique, fairy-tale based game series. Following the slowly paced second episode, Smoke and Mirrors, which acted as a filler entry more than anything, A Crooked Mile is much more tumultuous. Telltale was able to ensconce the series with the first two episodes, and has afforded itself the ability to offer up more engaging and exciting material that pushes the series forward dramatically.

The opening minutes of the episode proves that exact point, as it quickly forces main character Bigby Wolf (the player) to make some difficult decisions. The way I opted to play as Bigby, and the unique choices I did make in the previous episodes, carries over in blatant fashion. I felt the consequences and stigma of my decisions more than ever in A Crooked Mile, and thus shaped how the story would play it. Telltale proved itself to be a master at providing different story permutations to greet the player in 2012’s The Walking Dead series, but The Wolf Among Us’ protagonist is the best story vessel Telltale has been able to concoct. Bigby truly acts differently depending on your play style, and my interpretation of him felt satisfyingly exclusive.

A Crooked Mile also has the achievement of containing the most varied choices out of the three episodes. There was a significant absence of this in Smoke and Mirrors, but this new entry is solely driven by compromises and arrangements. Whether it’d be deciding whether or not to trust certain characters, which places you want to investigate first, what your next course of action to solve the case would be, and which characters you want to befriend or completely ostracize from, it’s evident that this episode’s outcome will influence the rest of the series. There’s also a particular scene, which I won’t spoil here, that will not only shape the rest of my playthrough because of the choice I made, but also expertly reintroduces certain fairy tale lore into the mix. And that’s another great facet of this episode.

There’s a greater sense of a lifelike and eccentric take on 80s New York and fairy tales here. The motely cast of mythical expatriates, which has always been the driving force and focus of Bill Willingham’s Fables comics, feel more integral to the game’s story than ever before. Both Willingham’s comics and Telltale’s game throw these well-known characters into uncharted territory, and they don’t shy away from dark and mature story telling. But A Crooked Mile does something interesting with this dark approach by introducing characters that found ways to live like they normally do, in old “fairy tale fashion.” There’s a whole sequence in this episode, with a character named The Witch that viscerally displays how these individuals would normally live. It’s an obvious contrast between New York’s industrial nature and old fairy tale life that further cements the struggle these Fables face. 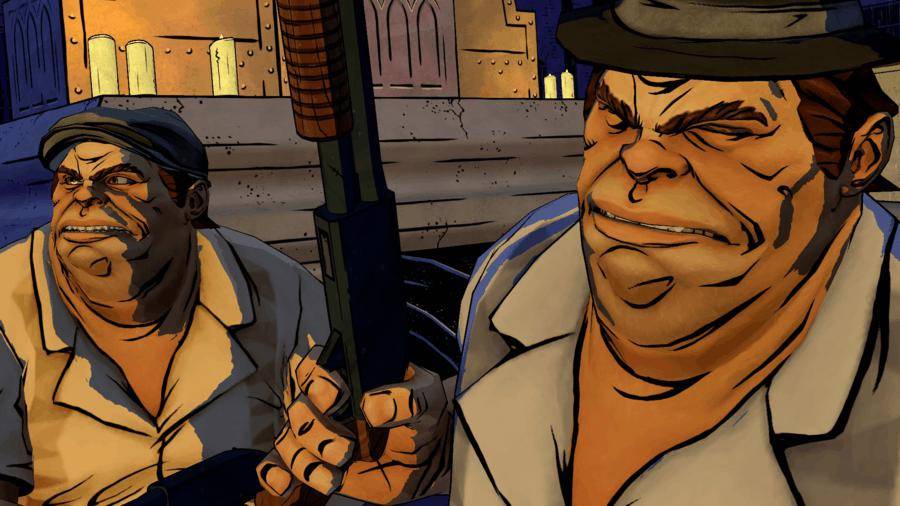 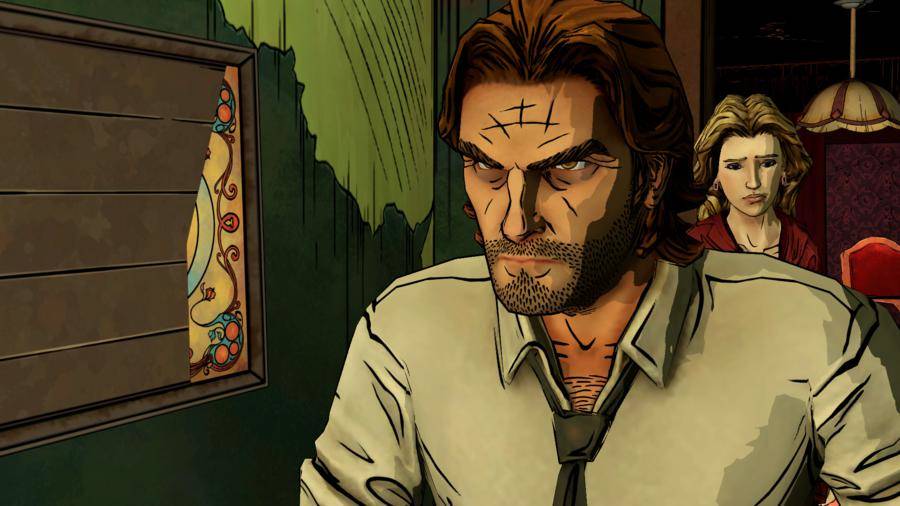 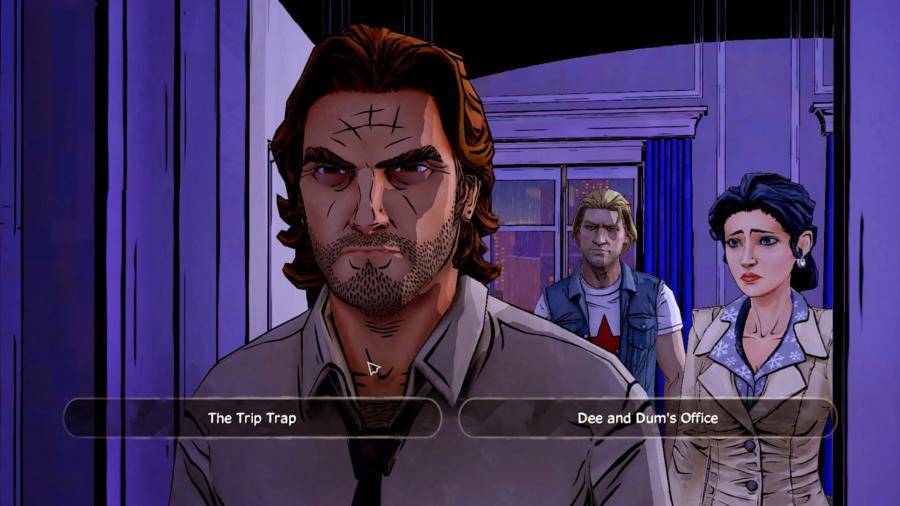 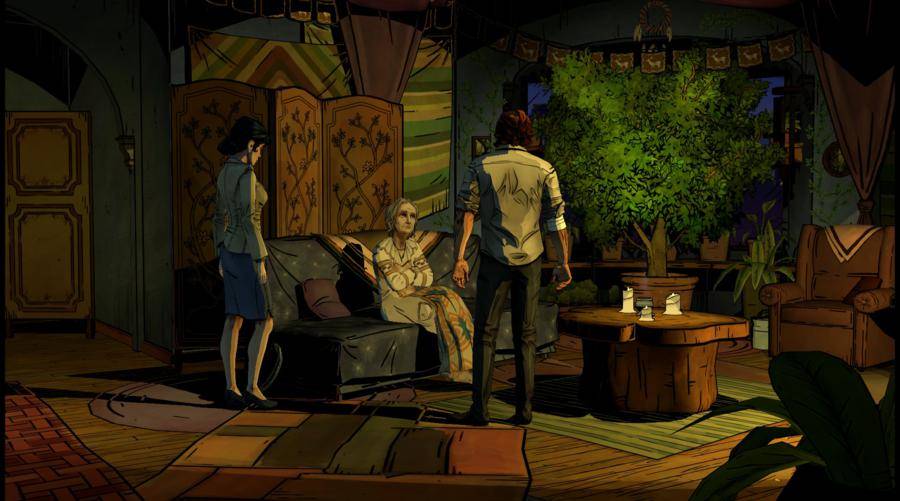 It’s also still fascinating to see how these Fables were able to adapt to their environmental changes. Bigby Wolf is someone who was able to make the most out of his new life by becoming a detective, and putting his natural instincts to good use. But there are others who weren’t as resourceful or lucky, and it’s both riveting and quite sad. There’s something quite powerful with this particular story thread, as it plays around with the concept of not fitting in and the incompetence and corruption of a higher force, or government that lacks any sort of passion for helping out these individuals. This all comes into full fruition in A Crooked Mile, and is backed by the consistently great writing Telltale churns out.

The main conflict in this episode provides a sense of urgency as the stakes inevitably get higher for Bigby, as he finally has a concrete lead to chase for the first time. This interplays with the character interactions and choices being introduced, and said choices will only get tougher to make as the series slowly approaches its finale. But I also got this sense of urgency and danger when it came to gameplay. The choreographic fight scenes that were present in the first episode make a return in grandiose fashion. They’re more violent and hectic, and conclude with severe ramifications. They’re still the typical one button presses, but since you do have a limited amount of time to satisfy the button prompts, coupled with said consequences, it makes them that much more intense. The last fight especially left me even more rhapsodic for what’s awaiting me in the last two episodes.

The voice-acting is still top notch, alongside the Noir-themed art direction and soundtrack. The game looks as visually appealing as ever, and I am still glad that Telltale continued to use the cel-shaded design that was present in The Walking Dead. But yet again, there are performance issues. At this point, it’s something I’ve become used to and didn’t find the framerate stutters and long load times to be that much of a big deal. But they’re still worth mentioning as these are the only real issues at hand with The Wolf Among Us in general.

The Wolf Among Us A Crooked Mile Review – Conclusion

A Crooked Mile is a dramatic change in pace for the series, which came at standstill with the previous episode. Telltale successfully managed to build its universe, provide an intriguing conflict, and introduce a gallery of eccentric characters in the first two episodes and now is ready make the rest of the series more thrilling. This episode is great proof of that, and is easily the most consequential, dramatic, intense and expertly realized 90 minutes of gameplay and writing in the series thus far.