A Wolf Among Us Episode 2 Review

A Wolf Among Us Episode 2

A Wolf Among Us Episode 2 Review – Introduction

The Wolf Among Us Episode 2-Smoke and Mirrors continues Telltale’s Fable-based series in excellent fashion. This second episode lacks the excitement of the first, but it provides a much more complex outlook into this unique, noir-themed world. The neon color palette is still present, with the same subtle and effective musical score, but Smoke and Mirrors also offers a much more complex and intriguing look at the series’ wealth of characters. Whereas Episode 1-Faith felt like a Nicholas Winding Refn experiment, Smoke and Mirrors is more of a Fincher-themed character study.

A Wolf Amongst Us

Bigby Wolf is the center of attention in Smoke and Mirror’s character study, and is dramatically shaped by your every decision. While Telltale is known for its decision-based experiences, this particular series seems to pride itself a lot more with the complicated choices it presents the player. Bigby can develop into an angry, almost cliché character that reminisces his old fairy tales. At the same time, he can progress into a more calculated and level-headed detective that is influenced by New York City life. And these character progressions directly clout how this setting and its inhabitants interact with Bigby. Thus also influencing how the narrative plays out.

The excellent writing acts as a foundation for these narrative and character developments. It breathes life into the overall experience, and allows for Smoke and Mirrors to be an organic playthrough. The dialogue trees, (that have become a norm in Telltale games), are expertly thought out and had me pausing the game several times, thinking over what I wanted to say in a particular moment. If Bigby decides to act like a jerk to one specific character he, and you for that matter, might regret that decision in the long run. Smoke and Mirrors lacks the “time stops for a major decision” moments. There were two of them in the first episode, but their absence here isn’t profound mainly due to the better writing that’s present.

The dialogue between these characters, and the dialogue trees that present themselves in specific moments, are also obviously influenced by each character’s ties to fairy tale lore. Bluebeard might come out as a cool, but dangerous presence that persuades Bibgy to submit himself to his violent past. Beauty, on the other hand, is an innocent individual trying her hardest to survive in New York. You’ll opt to interact with each character in specific ways, and no matter how Bigby treats these individuals, each scene plays out in rousing fashion. 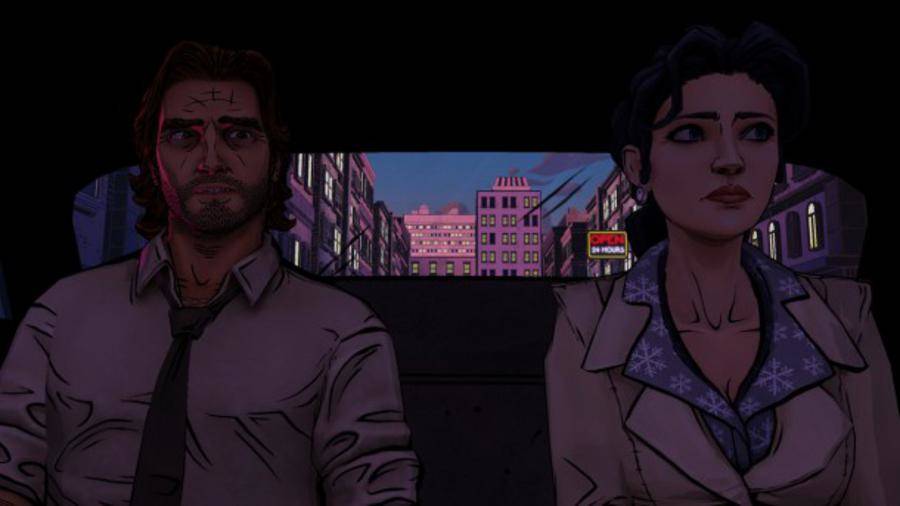 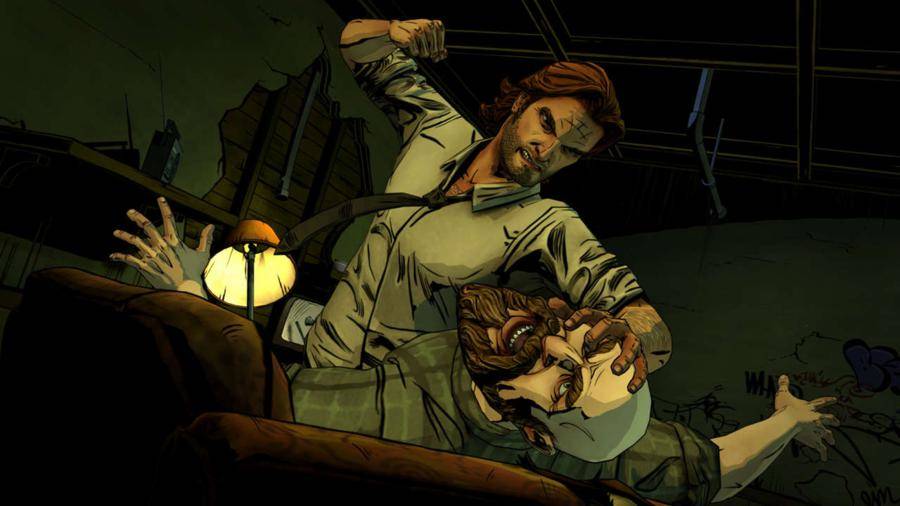 The Fables comic book series that The Wolf Among Us is based off of, continues its dominating presence here. As briefly mentioned before, each character you meet is affected by living outside their fairy tales in different ways. Episode 1-Faith introduced this narrative thread, and Smoke Mirrors adds another complex layer to it. A handful of new characters that get introduced have specific jobs, and are different members of 80s New York society. One character in particular shockingly revealed who she has become in order survive. It’s another excellent, but heart breaking story line that complements the overall main narrative.

Smoke and Mirrors is a lot more slowly paced than Faith, and there’s a much bigger focus on detective work. An interrogation scene gets played out, and is yet another thread that is influenced by the decision’s you made in the previous episode. It’s an intense sequence, mainly due to the fact that you’re trying to get crucial information out of this “prisoner.” And you can wind up completely messing up and leave empty handed. There are couple of other sequences where Bigby gets to inspect, and their equally as fun to experience as the interrogation.

But Smoke and Mirrors noticeably lacks the intimate and thrilling fight sequences that were present in Faith, specifically the opening fight. But their lack of presence here might understandably be down due to pacing the entire series effectively, and hopefully we’ll get to choreograph a couple of more fights in the future.

The lingering issue of an unstable frame rate make a return here, but they’re much worse in Faith. It constantly drops and severely took me out of the experience. The load times are unbearably long here too, and there’s no excuse for it as the game doesn’t necessarily push graphical limits. It’s shame, as that’s the only significant gripe I have from the both episodes so far.

Episode 2-Smoke and Mirrors is a 90 minute play through packed with alluring characters, intriguing narrative threads, expert character development, fun detective work, and a luscious neon lit aesthetic. It’s a much slower experience than Faith, it lacks intense fight sequences, and has lingering technical issues. But it’s fastidious nature to supply the player with fantastic writing and choices to make should be admired. The second episode continues the series in a great way, and leaves the player salivating for more.