Repackaged and re-released, Counter-Strike: Global Offensive provides a great and affordable, competitive, multiplayer FPS experience. The timeless classic hasn’t evolved much from the first Counter-Strike back released in 2000, and while some of the fans would maintain that that’s a good thing, the game feels like little more than an update to the previous versions. That said, the game does come with a couple of new and interesting features.

In Counter-Strike gameplay has maintained a certain consistency throughout its releases and Global Offensive is no exception. To the FPS players who are accustomed to instant respawn FPS multiplayers like Call of Duty, the game will give them a completely different ride than what they’re used to. Counter-Strike has definitely carved out its own niche and stuck with it. 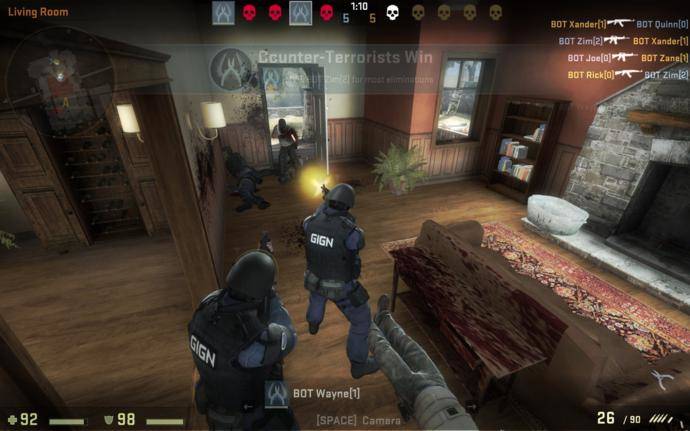 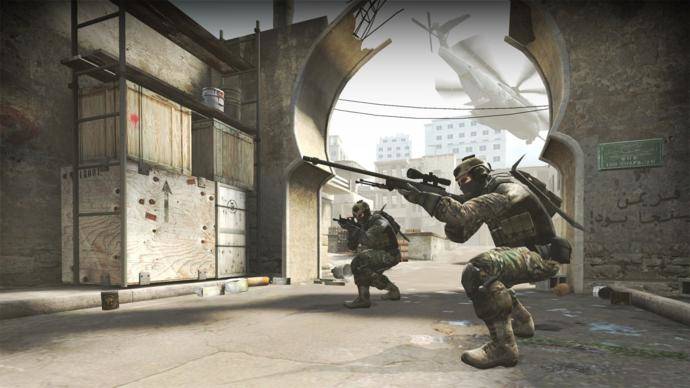 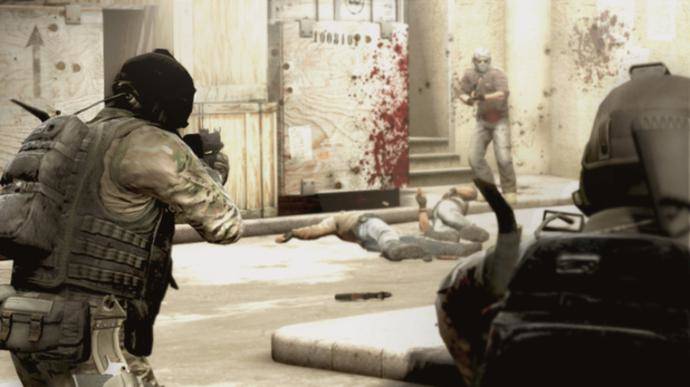 Counter-Strike is a competitive, team FPS shooter in which two teams (Terrorists and Counter-Terrorists) are pitted against each other in a variety of game modes and across different maps. There are two classic game modes: Bomb Mission, in which the Terrorist team’s objective is to plant a bomb in a specific location in the area and prevent the Counter-Terrorist team from diffusing it, and Hostage Mission, in which the Counter-Terrorist team has to rescue hostages held by the Terrorist team. A team can also win in both modes by simply eliminating the enemy team. In the classic modes is where the character of Counter-Strike as a game really shows, once a player dies he has to wait until the next round to get back in the game, although that can get frustrating sometimes since it slows down momentum and forces players to sit out and wait till the end of the round when killed.

In the beginning of each round players start out with a pistol and knife, different weapons and equipment can be purchased depending on how much money is earned (money earned by killing enemies or completing objectives). There’s an impressive arsenal containing many instruments of death, anything from handguns and shotguns to machine guns. There’s also a nice variety of different grenades as well as team specific weapons (e.g., AK47 for Terrorists and the M4A4 for Counter-Terrorists). Changes to the in-game armory from previous versions include the addition of Molotov Cocktails, the Zeus x27 (a one-hit-kill stun guns that is available in non-competitive modes only) and more. Kevlar, helmets and diffusion kits have to be bought during the game and aren’t instantly available, in competitive mode, friendly-fire is also on.

A new mode based on a mod for one of the previous versions has also been added to the game. “Arms Race” incorporates some of the new FPS aspects like instant and unlimited respawns and the fast-paced action. Players start out with an SMG and gain a new weapon whenever they score a kill, cycling through pistols, shotguns, assault rifles and other weapons in the game. The first player to get 27 kills wins the round.

Global offensive comes with an Elo online matchmaking system, leaderboards as well as community servers, of which some are customized and modified with custom maps and modes. For casual modes matchmaking is usually almost instantaneous but the same can’t be said however to the competitive modes. Depending on the popularity of the maps you sign up for, matchmaking can last anywhere from 2 to 10 minutes and the wait can get really frustrating more often than not.

Players can also join esports competitions, as CS:GO is among the most popular games for professional players. If you’re not playing at an elite level, but you are watching streamers and competitions regularly, you might want to give betting a chance and place some money on those games where you find the best value. Read more about it here.

The graphics have undergone some minor tweaks from the game’s predecessor, Counter-Strike: Source; aesthetically the game bears a certain resemblance to Left for Dead 2. There’s not much more to say other than that the visuals have been optimized to be on par with the contemporary FPS market.

The sound effects of CS:GO are realistic and immersive: grenades sound like grenades and not crumpled paper, continuing Valve’s proud tradition of giving players top quality content. The new music added to the game however isn’t anything special; lacking in variety and repeating often, it’s mostly distracting and annoying. Switching the music off should be the first thing you do upon first launching the game.

If nothing else, this classic tactical team shooter lives on through its updates, maintaining its competitive edge in the video game market without losing its identity or shamelessly mimicking other FPS games and attracting the newer generation of gamers who have never experienced the earlier versions and wouldn’t be comfortable with the dated graphics, making the experience still accessible to gamers young and old after more than a decade after the release of the first Counter-Strike game. With its more than affordable price tag you get very good value for your money; because of that, CS: GO is a definite must-have for hardcore and casual gamers alike.