The Benefits of Gaming for Disability and Brain Injury Patients 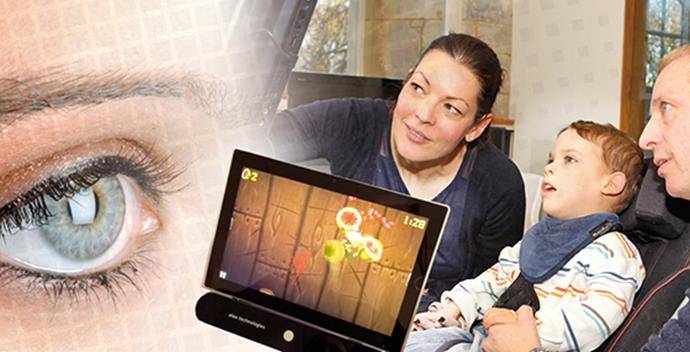 We all know that gaming is fun. I love it, I have for many years and I will continue to for many more to come. It’s something I do most days and quite frankly the idea of going without is a thing of nightmares. The idea of suffering a stroke and no longer being able to do the activities I love due to loss of movement and cognitive function terrifies me, as does the thought of losing the use of my hands through an accident or disorder, and as a self-confessed hypochondriac I tend to think of the possibility and impact of these things far too much. This mere nightmare of mine is however some people’s reality and the admiration I hold for those who don’t let it stop them doing the things they love, cannot be quantified.

It is not just a case of people not letting their disabilities get the better of them when we talk about gaming and its effects on people with physical and mental difficulties. It’s also a fact that gaming can have a positive effect emotionally, socially and medically on those suffering from such issues as paralysis, one sided weakness and cognitive issues, which we can all agree, is awesome.

Through my day job, at Headway Oxfordshire, a charity that helps people with acquired brain injury, I have the privilege to meet individuals who are on the road to recovering from their injuries. The centre has a Nintendo Wii and many of the service users love it. Not only is it a fun social activity, but it also helps with rehabilitation. The use of the Wii Balance board is incredible for people who have suffered from strokes and other conditions which can leave the person with one-sided weakness. Studies have shown that the Wii balance board is a viable and effective rehabilitation technique for the regaining of static balance and I know this is a method that I would prefer to traditional techniques. Balance and indeed the Wii itself aren’t the only things that can help and be helped by gaming. An obvious but often overlooked benefit from playing games is the improvement of hand-eye coordination.

The hand-eye coordination required to play video games is of a high standard, although as a fellow gamer, I doubt you even notice what you’re doing. The fact of the matter is that most people don’t share our talents and some are seriously lacking in this area. The horrible thing is that this can happen to any of us who are unfortunate enough. Through the use of gaming however, it is possible to regain this ability which in turn actually helps the mind to become better at high-level decision making, as a study out of the University of New York showed when testing this theory in 2010. So you can learn to quickly decide what weapon is best to use against the hive during a mission in Destiny or, perhaps more practically, when you should swerve to avoid an animal or person on the road. Destiny and other AAA titles are not the only games that can help with rehabilitation and improvement of cognitive and physical function, in fact it is quite the opposite.

Indie games, a term which has a very loose meaning in today’s world, can be said to be at the centre of gaming when it comes to rehabilitation. There are many browser based flash games available through sites such as Papunet which are specifically designed to help people with cognitive difficulties. This is incredibly effective for problems such as loss of short term memory ability. Games as simple as matching two pictures, can massively benefit someone dealing with severe memory issues by stimulating that area of the brain and allowing for some repair of function. Other games are aimed at problem solving and cognitive recognition such as puzzle games and others are aimed at mathematical problems allowing the player to exercise parts of their brain effectively and in a way that is fun.

The sense of it being a fun activity is essential. Being honest, none of us like doing stuff like taking the bins out and washing the dishes, or doing anything that doesn’t involve chilling out, but stick us in The Sims 4 and watch us clean with inane grins on our faces. Basically what I am trying to say through foolish references is that making things into games hides their true intentions and this can be a very positive force. Through my work I often see clients who dislike physiotherapy but stick them on the Wii and they will be smitten, despite them still receiving physio through doing so, because they don’t know they are.

For most gamers, gaming is something we do because we enjoy it, we love it and without it somehow we would not be as much of a fulfilled person. So when a tragedy occurs that prevents you from playing games, what can you do then? Should you give up on one of your favourite things to do and try and find something more appropriate? No! And why should you? This is where the team at Special Effect can help.

Special Effect is a national charity based in Oxfordshire that helps people of all ages and with a range of disabilities play the games they love. I genuinely can’t give a big enough shout out to their work as I believe that restoring even just a small sense of normalcy to peoples lives is most of the battle when it comes to disabilities. The way in which Special Effect carries out their work is through innovative design ideas based upon pre-existing ideas such as modded controllers. Now this isn’t the modded PS4 controller you might own with paddles to allow for rapid fire and such but instead they create systems that allow people with paralysis from the neck down to play games ranging from Fifa, Mario Kart and GTA.

I reached out to the guys at Special Effect for an interview and unfortunately, despite being very open and accommodating towards me, due to some scheduling issues on my end I couldn’t get to their HQ in Charlbury. I did however correspond with one of their team members. Talking about the subject of the benefits of gaming, a representative said:

We’ve found that helping people with disabilities to play computer games has many benefits. Not just enjoyment for the beneficiary, but inclusion and a rise in self-esteem. Occasionally there are therapeutic benefits too.

The work that Special Effect has carried out has helped many people in all age ranges from the adult gamer to children.

We visited one young boy with hydrocephalus [a condition which is caused by an abnormal accumulation of cerebrospinal fluid in the brain], whose therapist contacted us because he was struggling to be motivated to do the repetitive exercises for his right hand. So we sorted out a stabilised gaming joystick that suited his needs, and paired it with suitable games, and he loved it.

This is just the tip of the iceberg when it comes to what has and can be done for people with disabilities and brain injuries through gaming. There are plenty more stories of what Special Effect have done for people on their website http://www.specialeffect.org.uk/, and it is well worth a look.

Gaming is an important outlet for many people and it is arguably just as, if not more important for those who have suffered accident, ailment or injury. It can help in ways ranging from the therapeutic side of rehabilitation to that of a social and confidence-boosting aspect. Don’t let the fact that these gamers have a life-altering disability fool you into thinking they aren’t as able anymore when presented with a console, because there are many who would outplay the best of us. I personally have a friend with one hand and he consistently beats me at Fifa… and trust me, I could not try harder.