Don’t Own a Wii U? It’s No Longer Nintendo’s Fault 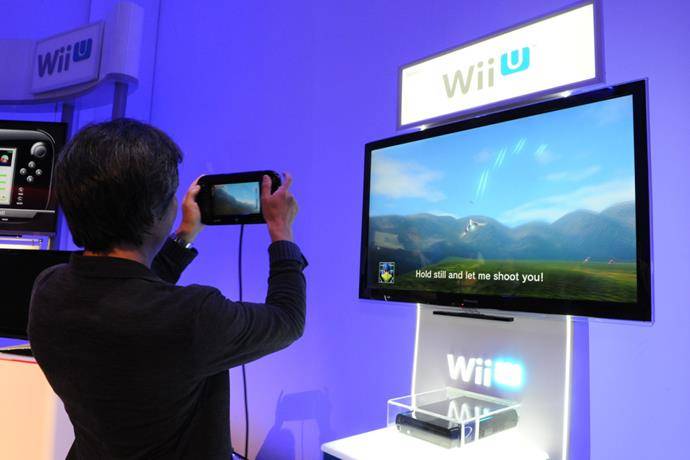 The excuses for why people don’t already own a Wii U are become outdated, and frankly, untrue. Everything from “there aren’t enough quality games” to “it is too expensive” are two of the most oft used excuses. It’s time to realize that the time to buy a Wii U might finally be here.

If you are not a Nintendo fan, then you probably won’t ever purchase a Wii U. You also don’t get to complain about why you won’t purchase one. I continue to see people posting on forums, stating that they will never buy a Wii U because there are no quality titles. This is false at this point in the Wii U’s life. If you want to hold this position, I would hope you also never purchased the Wii, Gamecube, or N64.

For someone looking to get a Wii U, there are plenty of quality titles to choose from, including – but not limited to:

There you go. Thirteen reasons to buy a Wii U right now.

This excuse holds a little validity; at the brand new price of 299.99 for the Deluxe Bundle, the Wii U is still fairly expensive, especially since a PS4 and Xbox One are only a little bit more. However, my local retail outlets run deals on Wii U’s on a weekly basis, whether it be a price cut to 249.99, a clearance price on the Skylanders Bundle and Nintendo Land Bundle, a free gift card with a purchase, or a free game or two. Not only are these options available, but the Mario Kart 8 Bundle is an incredible value, especially if you take into account the Club Nintendo digital promotion which gives you a free, AAA digital download with registration of a copy of Mario Kart.

Scan your local flyers and find a good deal. They are always out there.

And if you’re not convinced by that, you can always go directly to Nintendo and pick one up for as cheaply as $200.

Some of the dumbest comments I have seen regarding third party support has been, “I won’t buy a Wii U unless GTA 5 will be playable on it.” Granted, third party support is lacking on the Wii U. Only Ubisoft has spent considerable dollars developing for Wii U with Rayman Legends and ZombiU. However, complaining that huge, multi-platform games won’t come to the Wii U is bordering on ridiculous. Even if GTA 5 and Skyrim were available on Nintendo’s console, very few people will choose to play these titles on a Wii U.

No third party support does suck. However, the more consoles that get sold mean that developers will give Nintendo a second look, and the Wii U has already proven with titles like Mario Kart 8 that it’ll be more than capable to push some of the latest and greatest new games (even if they take a small visual hit).

Again, this is a ridiculous statement. People are purchasing a Wii U for the experience of Mario, Zelda, and other popular Nintendo franchises, not for it graphical prowess. The Gamecube rarely looked better than the Xbox and PS2, and the Wii was almost never graphically superior to the Xbox 360 or PS3. This is not what Nintendo is all about. They are shipping an experience, and it’s a damn good one.

Gamers need to stop comparing systems based on how the games look. It is all about how games play.

If you don’t already own a Wii U, now is the time to get them. If you need a reminder of what is to come, take a peek at what Nintendo announced and showed at E3. That might change your mind. One title in particular – Super Smash Bros – is going to be a mega hit with Game of the Year potential. And no, that’s not Game of the Year just on Wii U, but across the board.