Kings & Warlords is a popular MMORTS game with tens of thousands of fans and many dedicated players. It’s a genre that has grown in recent years, thanks in part to games like Farmville acting as a gateway to other, more fantasy-driven casual experiences. Today it’s the genre of choice for film tie-ins – both The Godfather and The Hobbit have seen MMORTS games based upon them – and its popularity doesn’t seem to be waning. We were lucky enough to be able to speak with the producer of Kings & Warlords, Miika Tams, about how developer Digital Chocolate differentiates themselves from the crowd, about conversing with their fans and those who are unsure of the free-to-play market, and the future of their game. 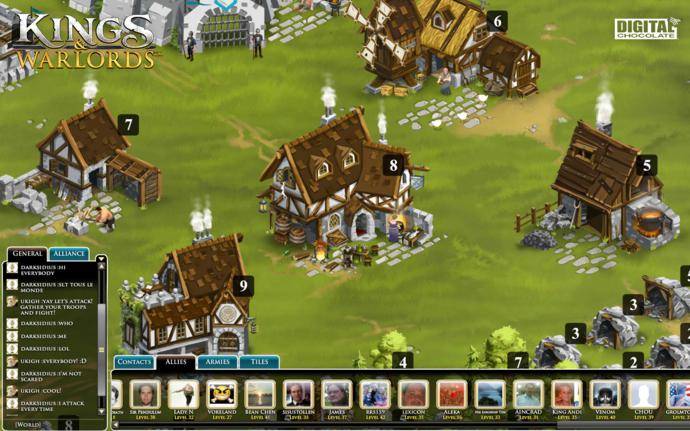 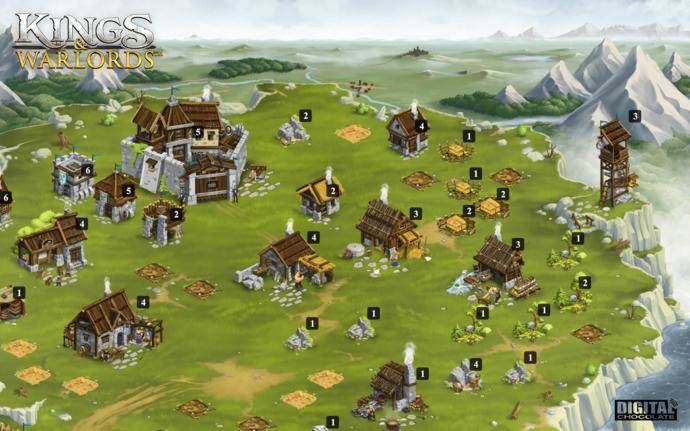 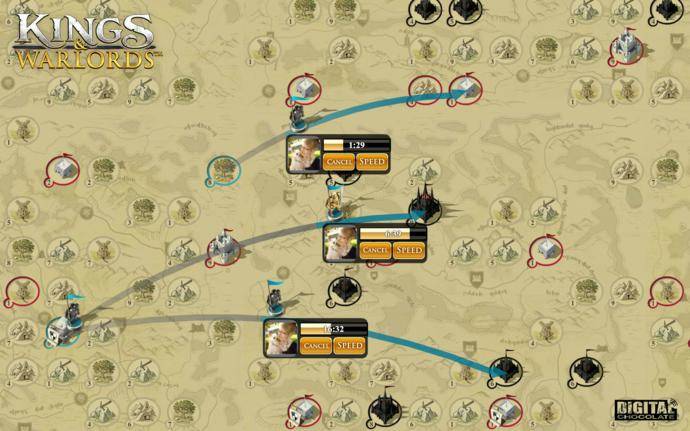 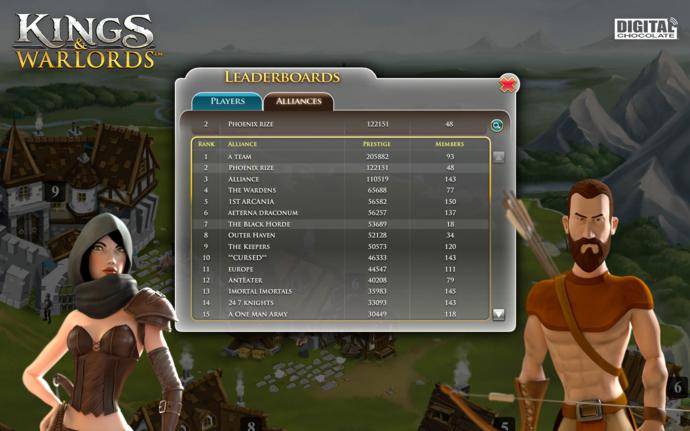 Kings & Warlords is part of a very successful, but competitive genre. How do you differentiate yourself from other, similar titles?
We are focused on creating mid-core games with skill-based competition aspects. The game´s main differentiation point from the other games is the battle mechanics: you are able to choose formation for your army and support that formation with a hero and a set of charms. Actually from the technical point-of-view the battles are fought on single-unit level, so with a right balance of units supported with a proper strategy, the player can win a stronger army than his own army. With a poor strategy the result is the opposite; you can loose to a weaker army if you do not have the right balance with the strategy and units.

This part of the game is also something that we are going to continue to take even further with the future updates.

How important is straight-up marketing compared to the reviews and coverage of the gaming media?
We are really interested in having a visibility about the game, so that the players who are interested in the genre and want to try something new can easily find Kings & Warlords. Obviously straight-up marketing is very important, however the gaming media provides an opportunity to speak to the gaming audience – and attract some new fans to Kings & Warlords.

I do believe that this game can offer a great mid-core option for even the hard-core gaming audience.

You run a lot of updates. How important is fan reaction in balancing the game? How do you differentiate between a good fan suggestion and people venting about a feature they don’t like?
We do our best to support the players of our game. All comments are very valuable for us, and we do our best to reply to all of them. However we need to prioritize the development work, so clearly if a tweak or a new feature is requested by a lot of people, that would have higher priority than a change requested by only a few.

For example for the next update we will introduce a tweak for the spy feature. You can have multiple spies on the game, and also the whole system of spies dying is polished. This change has been requested by many, and we have done our best to react to the need as fast as possible. This will open also quite a new way of playing the game, as you can multiple spies running around at the realm – so the amount of the possible actions will increase significantly as well.

How important is Facebook to your game, and how do you think the changes in the way businesses can reach their fans have and will affect smaller companies like yours?
Facebook is a very important platform for us. How I see the situation is that there is massive amount of players on Facebook, and we do our best to provide them great games. User acquisition can be difficult, but it is the same challenge for everybody.

There’s a general distrust of the free-to-play model amongst core gamers, in part thanks to games like yours which reward people who pay with a quicker, smoother gaming experience. What would you say to people who just flat-out refuse to try Kings & Warlords based on this alone?
I understand that there is still some negative feelings about the free-to-play model with the core-gamers. I would recommend everybody to give a try to Kings & Warlords – the game can be fully played for free and if you like the game enough, it is then up to you to use money or not.

Feel free to try for free, in this world you will have a realm to build for years to come.

It’s easy to see that quite a lot of work has gone into the visual quality of the game. How important was this during development?
Visual quality is very important – that is the part of the game that creates the tone and the drama to the world. Players will create the story, but the visuality will set the stage for that story. Also I would like to emphasize the importance of the audio, and would also recommend players to listen that. It is simply amazing.

What I love the most on the visuals is the amount of the detail at your village, there are people working and running their daily tasks, kids studying at the academy. So in many ways to the world looks and feels live and vivid.

The missions are structured in such a way that it’s quite difficult to do anything wrong, at least at the beginning of the game. How important is it to ease your target audience into the game slowly?
Missions are designed for people who would like to be guided in the game – and with these missions you cannot go wrong. These will teach you one way to play the game, this is especially important for players who are not familiar with the genre. It is very important for us not to alienate players who would like to learn to play these types of games. So in many ways missions are there to teach the players to play the game.

However for the players who already know this genre, and want to get quickly into the game and especially go the PvP battles. For these players we provide the option to skip the tutorial and to use the missions just as additional resource source.

On average, how long does a player play your game each day? Are you interested in increasing this number?
On average players play the game up to 1 hour per day. Also after introducing a new Challenges feature to the Leaderboards we saw dramatic increase about the time played per day by the players who participated to the Challenges.

It is very important for us to create a such game on which players are willing to use more time, as it then means clearly increase on immersion and fun of the game.

What do you plan to focus on in future updates?
We are focusing in taking the battle mechanics even further from here – also we are thinking about options to expand your kingdom with new features such as outpost. Also new units will be very important; the air-force of the medieval fantasy, Dragons, will be very interesting part of the future.

Next update will include multiple spies, a polished hero usability and the vault, which will save some part of your resources even when attacked. So there is a lot of good stuff coming on the game.

From the current version I would recommend checking the Challenges from the Leaderboards. It is very fun to fight to increase your ranking – with or without your alliance.