X Is Peak Final Fantasy – When Will The Series Re-find Its Feet?

Final Fantasy X was everything that the old franchise could be. It took every system and dialled it up to 11, taking full advantage of the PS2 to create a game that still stands on its own today. The same can’t be said for any Final Fantasy game since then.

After X, XII paved the way for a new Final Fantasy – a franchise that left behind its old ways to be something more modern, more accessible. That’s not a bad thing. In the years since, we’ve had a handful of controversial but still high-quality titles in the Final Fantasy franchise.

But none of them have felt as “final” as X. The developers needed to step into the new world or be left behind, that’s not really up for debate. But they’ve now spent two decades trying to figure themselves out, and are yet to completely succeed.

But before we get into the more modern games, let’s just get one thing straight. I know, I know, the main point of discussion amongst people who won’t read this article is “VI was better than X”. Or “X? What about VII?!”.

We all have our favourite entry in this franchise, which for the longest time was one of the most important in the video game world. So much about which ones we love will come down to when we started playing them, the style that we enjoy, the characters we like and the graphics we remember.

I’m not really talking about the subjective. I’m not saying definitively that X was the best Final Fantasy game – an award that could as easily go to the original as to VII-Remake. All I’m saying that X took everything that the developers had learned over the previous nine mainline entries and it built on it. The way cutscenes are designed. The way battles meld into story. How the characters interact with each other. The power of the PS2 allowed them to create the perfect Final Fantasy, structurally if not in quality.

If IX was a celebration of the series, X was its defining moment.

And then everything changed.

I’m one of those people that loved Final Fantasy XV. I think it gets needless amounts of hate from people who just couldn’t get on with it. Same with XIII, despite its flaws. 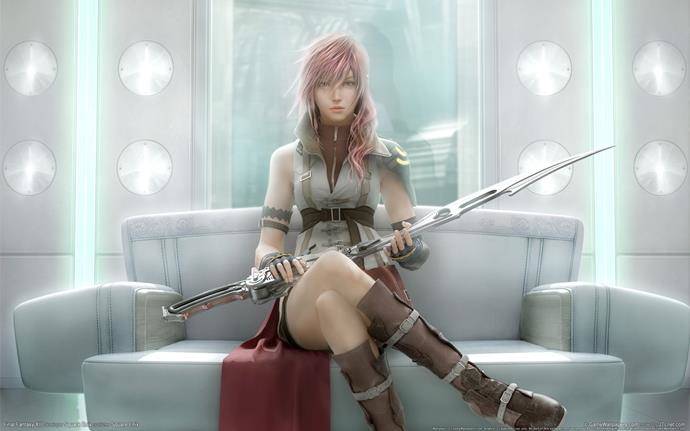 There’s nothing wrong with the modern era of Final Fantasy – but it hasn’t yet found its feet. It doesn’t know what it wants to be.

This is a franchise that has shaken itself up many times over the years. The only defining quality – possibly – is the chocobo. Everything else comes and goes as appropriate.

Twenty years ago Final Fantasy was the definitive JRPG, at least in terms of popularity. Today, it’s something else. XV was an action-adventure, an interactive buddy comedy with crystals. VII Remake was a third person game in the same vein as Sony’s titles, right up until you got into battle.

And of all these, Remake comes closest to redefining what a Final Fantasy game can be. Beautiful graphics, interesting story, great battle system. It just needs to go a few steps further. It needs to break away from the crawl spaces and long corridors, and the frustrating dungeons. If it can perfect the formula for Remake 2, Square may finally have cracked their new formula. It only took two decades.

I suspect hardware has an awful lot to do with that. That’s good news. Hardware can only get better.

I don’t know if Final Fantasy will ever have another X moment – a time when you play the game and you think “this is what it’s all been building towards”. Remake came pretty close in my mind, but mileage may vary.

Maybe it won’t. Maybe it’s a franchise still standing through sheer necessity from Square. But as a longtime fan, it would hurt to see it go for good.

With XVI on the horizon and Remake 2 being teased, it’s only a matter of time before we see what’s coming next.